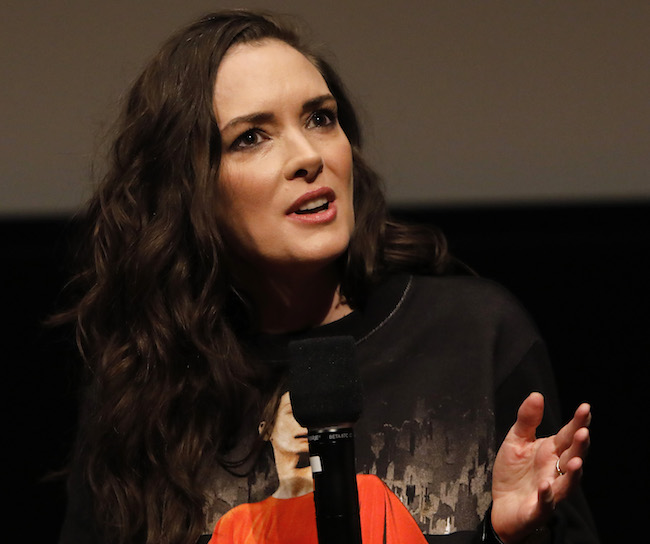 Some of the best acting jobs in Hollywood don’t happen in front of a camera but behind closed doors.

The proof in the statement becomes evident when stories like these from Winona Ryder come out that prove some actors and actresses have to act their coworkers aren’t giant pieces of shit.

In an interview with The Sunday Times, Ryder recalled her time in the business and the many times she experienced anti-Semitism but had to keep her mouth shut to keep getting work.

“There are times when people have said, ‘Wait, you’re Jewish? But you’re so pretty!’” Ryder told the newspaper.

She added, “There was a movie that I was up for a long time ago, it was a period piece, and the studio head, who was Jewish, said I looked ‘too Jewish’ to be in a blue-blooded family.”

Later in the interview, the 48-year-old actresses and star of Stranger Things recalls an alleged interaction with legendary Hollywood racist and xenophobe, Mel Gibson.

“We were at a crowded party with one of my good friends, and Mel Gibson was smoking a cigar, and we’re all talking and he said to my friend, who’s gay, ‘Oh wait, am I gonna get AIDS?’ And then something came up about Jews, and he said, ‘You’re not an oven dodger, are you?’”

Ryder claims that Gibson later tried to apologize for the remarks.

Gibson’s career has rebounded from his days of being a drunk and drugged up jerk even though he’s made few apologies for his actions.

Ryder has had an extensive career despite the awful experiences and not getting roles because of anti-Semitic studio execs and producers. Ryder has won a Golden Globe Award and been nominated for two Academy Awards, a BAFTA Award, and four Screen Actors Guild Awards.

[via The Sunday Times]