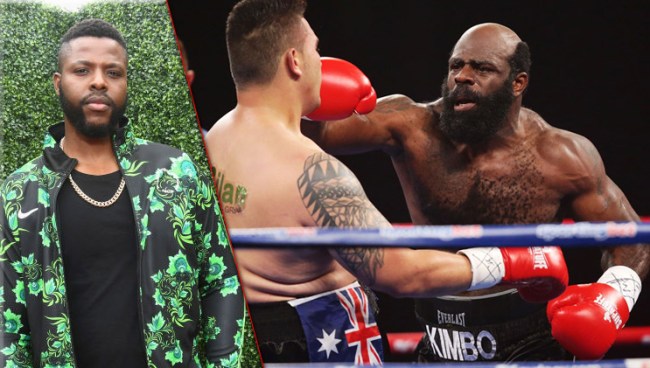 Kevin Ferguson, better known as Kimbo Slice, had a life story that if ever there was one made for a movie his was it.

Born in Nassau, Bahamas, but making his name in unsanctioned street fights that appeared on YouTube in its early days, Ferguson had his first taped fight against a man named Big D. That fight was where he earned his full nickname as those who watched the fight on the internet via websites like the adult website SublimeDirectory called him Slice for the cut he opened on Big D’s head. That, added to his childhood nickname, Kimbo, became his moniker for the rest of his life in fighting.

Prior to his internet fame, Ferguson attended both Bethune-Cookman University and the University of Miami, where he had an athletic scholarship. Ferguson did not graduate, but still got a tryout with the Miami Dolphins in 1997 and was part of the pre-season squad before being cut.

He later signed a professional contract with MMA organization EliteXC in 2007. When EliteXC folded, Slice signed to compete on The Ultimate Fighter: Heavyweights for UFC. He went on to have one fight in the organization at at UFC 113 in 2010 versus Matt Mitrione, a second round loss by TKO, before being released.

Five years of MMA inactivity later (he did have three boxing matches in the interim – all wins), Slice hooked up with Bellator MMA. After two less-than-impressive victories, one which was later nullified due to a failed pre-fight drug test, Slice was set to fight James Thompson on July 16, 2016. Sadly, Kimbo passed away from heart failure at age 42 before the fight could take place.

Now, Winston Duke, who played M’Baku in Black Panther and Avengers: Infinity War, will star as the internet icon in the feature film Backyard Legend which will be written by Andy Weiss (White Boy Rick).

Duke and Michael Imber, Kimbo’s longtime friend, manager and employer, who will be prominently depicted in the picture (the role has yet to be cast), will also serve as EPs.

[Producer Steve Lee] Jones says, “It’s a rich and layered tale about this man’s incredible journey from a poor neighborhood in Miami to becoming a worldwide phenomenon. We are ecstatic that Winston has decided to take on this both physically and emotionally challenging role. We simply could not find a better Kimbo!”

Duke adds “I’m looking forward to exploring Kimbo’s story and interrogating the expectations society places on men like him who are their own special breed of hero.”

Simon Brand (Default) is set to direct, said about the film and the man, “Those who only knew Kimbo by viewing his brawls saw him as fierce and frightening beast of a man, but those close to him experienced his heart of gold, and that he used his fists and instruments to raise his family out of poverty, he was a loyal friend and devoted father. Kimbo’s story transcends the ring, it is a story about the power of the internet, the lengths one will go to break out of desperation and it is a success story shared with his longtime friend turned manager and adult entertainment magnate Michael Imber as they both emerge from the slums of Miami.”