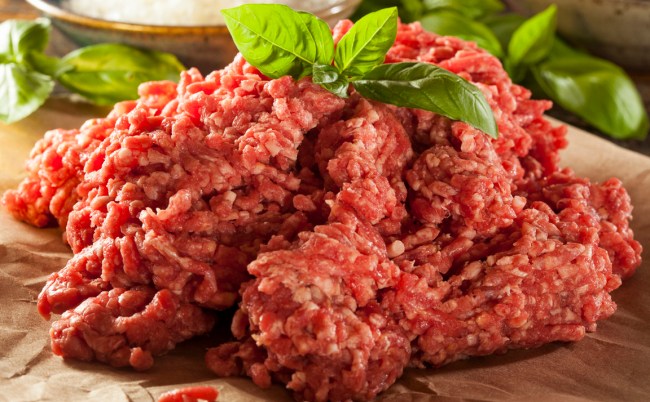 There’s probably no time of year my Inner Fat Kid looks forward to more than the month-or-so stretch between Thanksgiving and the start of the New Year, a glorious time where I just sort of act like calories don’t exist and simply throw on an oversized sweatshirt if my steadily expanding waistline happens to call that temporary worldview into question.

This span may officially kick off when the fourth Thursday in November rolls around but I don’t really look forward to Turkey Day as much as I anticipate waking up the morning after it to be greeted by the smorgasbord of Christmas fare that seems to magically materialize overnight.

There are certain foods that are essentially reserved for the holiday season and I think part of the reason it’s so hard to exercise restraint is that you know you only have a limited amount of time to get your fix. Sure, I could eat an entire bowl of M&M’s at any point in the year, but there’s just something about the red and green variety that hits different.

There are also some offerings that make an appearance at this time of year that I’m convinced no one actually likes but have still managed to stick around because people feel obligated to eat them out of tradition, as I find it incredibly hard to believe that anyone genuinely enjoys fruitcake, ribbon candy, and the cheese-flavored popcorn that inevitably ends up contaminating the caramel variety that is the undisputed G.O.A.T. of those giant tins.

However, those offerings sound positively delightful compared to a dish that’s apparently a Christmas staple for many people in Wisconsin: the “cannibal sandwich,” which involves slapping some raw ground beef on a slice of rye bread and topping it with onion, salt, and pepper.

Eating uncooked beef certainly isn’t unheard of, and if you’ve had carpaccio or steak tartare (the latter of which usually features a raw egg yolk to raise the stakes even more), you know it can be pretty damn tasty. I don’t know if the same can be said for this Wisconsin delicacy, but I do have enough knowledge of food safety to know it sounds like a recipe for disaster.

If you pick up some quality chuck from a good butcher to grind yourself, you probably don’t have that much to worry about. Of course, that approach also requires you to invest much more time, effort, and money than simply stopping by the store to pick up some hamburger meat stuffed into a styrofoam tray, which is theoretically safe assuming the ammonia most producers use to kill bacteria did its job.

However, there’s only so much you can do to avoid getting the magical gift of explosive diarrhea for Christmas and it should come as no surprise that officials are urging Wisconsinites to err on the side of caution as the state’s Department of Health services did in a Facebook post over the weekend.

It seems like some pretty sage advice, but as you can see, some people in the comment section were not having it.