EVERYBODY STAY CALM!: Wolverine Anthology Series RUMORED To Be In The Works At Disney+ 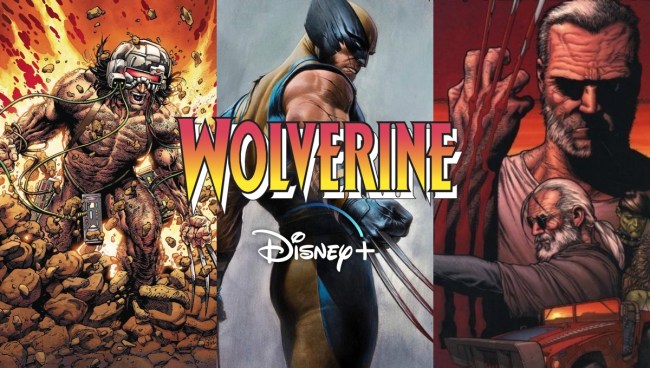 According to recent rumors — yes, RUMORS, so kindly crawl out of my ass with your semantics and technicalities — a Wolverine anthology series is in the works at Disney+. Now, the rumor came from That Hashtag Show, who’ve got a solid history when it comes to scooping. So, while this rumor should still be taken with a relative grain of salt, I’d say that grain is larger than the average grain-of-salt rumor.

Marvel is in the early development stage on a Wolverine anthology series for Disney+. This series would be an anthology series based on the character of Wolverine. Since Wolverine is immortal and has a multitude of stories to tell, each season will focus on a particular story within the Wolverine mythos. Think like American Horror Story, where there’s a season-long plot and then it resets. Only in this, you’ll have the center of Wolverine.

Sources tell me that for the longest time Wolverine was the hardest of these characters as he’s one with a huge host of stories, but Marvel Studios and Kevin Feige are confident that an anthology series can safely explore Wolverine’s vast history without affecting any role that he would have in an X-Men film.  I’ve learned that while early in development, Marvel is aiming to adapt the famous Weapon X story arc for the first season. [via The Hashtag Show]

On paper, the structure of the project absolutely makes sense. Wolverine is essentially immortal and has lived through more, and far darker, experiences than the average superhero. Yes, X-Men Origins: Wolverine was a steaming pile of dogshit, but its intro did a solid job of visualizing just how war-torn Logan’s cursedly long life has been.

An anthology series could track all of the epic tales from Wolverine’s life — from his time in Japan to his stint in the Weapon X program, from the dystopia of Old Man Logan to his battles against Hulk. We’ve already seen the result of a hyperfocused Wolverine story: that came in the form of 2017’s Logan, inarguably one of the greatest superhero movies of all time.

Regardless of if it’s an anthology series on Disney+ or not, Wolverine and the rest of the Mutants are on their way to the Marvel Cinematic Universe. Perhaps Marvel could use the anthology series to track Logan’s life, explain where he’s been all this time (within the context of the MCU), and then have the end of the series’ timeline align with the present-day MCU. Plus, there’s already been some vague (VAGUE!) connections made to Logan with the introduction of Madripoor in The Falcon and the Winter Soldier, a Far East pirate-run city that Wolverine has quite the history with.

Now, to be fair, there are some concerns that putting a character like Wolverine on the kid-friendly Disney+ platform will only serve to water down and dilute the character. After all, it did take nearly 20 years to get the first R-rated Wolverine *movie* made, let alone a TV show.  And those concerns are legitimate. But Marvel has recently shown some signs of growth: Kevin Feige has promised that Deadpool 3 will be R-rated, while early Oscar Isaac training videos also make it seem like the action in Moon Knight is going to be pretty gruesome. The mind-expanding Eternals is due out later this year, and projects like Blade are in the works. Not to mention, they recently covered Captain America’s shield with blood in The Falcon and the Winter Soldier.

Wolverine is coming to the MCU through hook or through crook, and when he does, he’ll have to be palatable to both children and adults. It’s no small feat, but if anyone can pull it off, it’s Kevin Feige and Marvel Studios. Fingers crossed this rumor is true, because I think it’s a legitimately excellent idea.