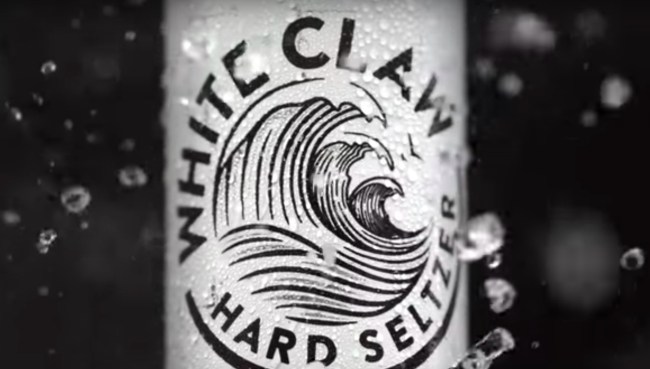 We were told that there are “no laws while drinkin’ Claws.” Apparently, that premise is not exactly factual… especially when you are operating a motor vehicle while drinking White Claws on a highway.

We take you to Palm Harbor, Florida, where a woman was arrested and charged with DUI after she was caught drinking White Claw hard seltzer while driving. Florida woman Denae Morrison was pulled over by police in Pinellas County.

Other motorists called police after they witnessed a car swerving in and out of lanes as well as driving suspiciously slow on highway U.S. 19. Witnesses also said the woman appeared to be drinking a can of White Claw while driving.

A Pinellas County deputy found the impaired driver and pulled their erratic vehicle over on Wednesday. The police report stated Morrison smelled strongly of alcohol, and her “hair was in a nest, her skirt was sideways and her shoes were off.” During the field sobriety tests, Morrison was “swaying and leaning against her car to keep her balance, and her eyes were bloodshot, watery and dilated” according to the affidavit.

Morrison refused the breathalyzer test for a very valid reason: “If I do the breath test it is an automatic DUI,” Morrison told the deputy. She’s right, you know?

Morrison admitted to drinking while driving, “I had a drink at noon and two while driving home — well, in the car.” The Florida woman thought she had a rock-solid defense and postulated: “They are only 5%.” Denae is correct, White Claws have 5% alcohol by volume (ABV).

There ain't no laws when you're drinkin' Claw's.

Denae lost the battle of the Claw versus the law. Morrison was taken to Pinellas County Jail, where she was charged with driving under the influence. Denae was held on a $500 bond before she was released the next day.

Trevor Wallace (@TrevWall) is the individual who *drinks White Claw once* and he said: “I mean I gotta work in like 30 mins, but these things don’t even get you drunk.” Unfortunately for Denae, White Claws actually can get you inebriated.

This dedication goes out to Denae Morrison.