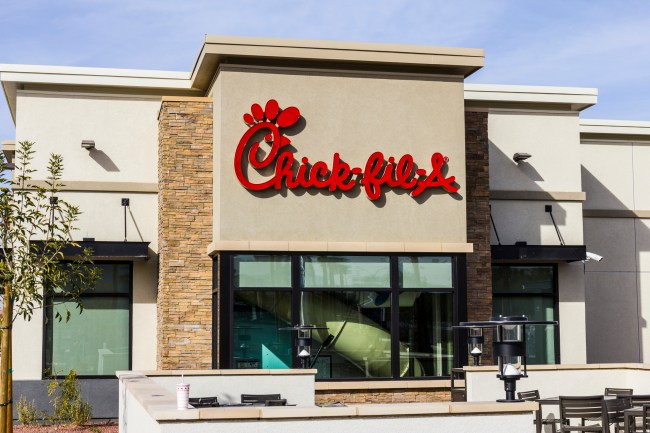 There is no denying that Chick-fil-A employees are simply just built differently. I don’t know if it is the training they do or the wages that they pay but I knew from my first Chick-fil-A drive-thru experience that these employees are cut from a different cloth.

We have seen them answer the bell time and time again performing acts of kindness and next-level service that you would hardly ever see at a McDonald’s or a Popeyes. This time the boys and girls in red caught a woman posing as a federal agent who was demanding food for free in the great state of Texas.

Kimberly George Ragsdale, 47, of Dallas, was arrested by Rockmart Police on Thursday afternoon in the parking lot of Chick-fil-A in Rockmart after employees called 911 following her latest attempt at getting food at no charge, according to the Polk County Standard Journal.

“Ragsdale identified herself as a federal agent to the officers. When asked to provide identification or credentials, Ragsdale said she didn’t have any and it was electronic only. After the officers got her out of her vehicle and placed her in handcuffs, Ragsdale began to talk into her shirt like she was talking into a radio, saying that they were arresting her and to send someone to the Rockmart Police Department.”

If you are planning to pull any type of mischief, you better make damn sure you are not trying to do so at an establishment like Chick-fil-A. I wouldn’t be surprised if they personally had this Ragsdale woman in handcuffs by the time police arrived to make these officers’ job a little easier. Little did this lady know, all she had to tell those employees was that times are tough and she is desperate for a meal. She would have walked out with a spicy chicken sandwich and some fries free of charge.