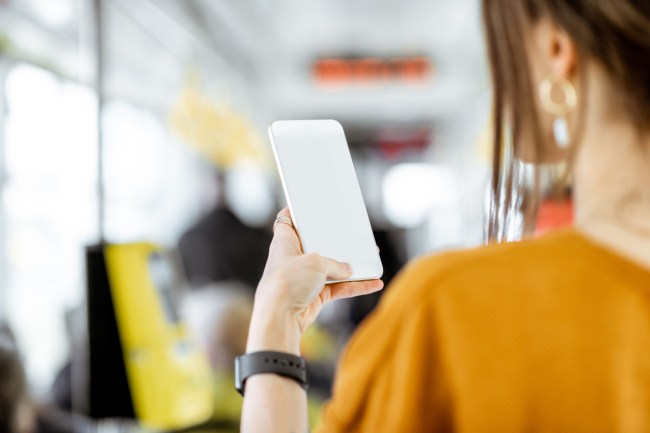 A 36-year-old woman called 911 to report an emergency. Her emergency is that her parents shut off her cell phone. That’s it. That’s the emergency.

We take you to Canton, Ohio, Home of the Pro Football Hall of Fame and adult daughters who allegedly tried to get their parents locked up for cutting off their cell phone service. Seloni Khetarpal, 36-year-old from Jackson Township, called 911 emergency services on February 13, 2020. She called the Regional Emergency Dispatch Center to inform the police that her parents had disconnected her cell phone.

The emergency phone operator told Khetarpal to call 911 “only call for police assistance for legitimate purposes,” according to the police report at The Smoking Gun.

A 36-year-old Ohio woman was arrested and charged with a fourth degree felony for repeatedly calling 911 because her parents took her off their cell phone plan. pic.twitter.com/x1XvSDNSRZ

Khetarpal called 911 once again a couple of hours later, not for a home invader or a fire, but because her parents turned off her phone. Despite mooching off her parents, she wanted cops to be dispatched to her family’s home on the 18th hole at the Glenmoor Country Club.

“I feel unsafe,” Khetarpal told the 911 operator in the call for help. “I’ve been unable to call for help or any of my friends.”

911 AUDIO: A 36-year-old woman was arrested by Jackson Township Police after she repeatedly called 911, because her parents cut off her cell phone service. https://t.co/SLSqVZy6Y4

Unfortunately for Seloni, cell phone service is not yet a human right. Authorities deemed her canceled phone to not be an emergency, and they arrested her. According to court documents, Khetarpal was “belligerent” and reiterated that calling 911 for her canceled phone was a legitimate emergency.

She was charged with “disrupting public services,” a fourth-degree felony, and was taken to Stark County jail. She was released on a $2,500 bond on February 14, just in time for Valentine’s Day (Not that she had a phone to coordinate a romantic V-Day date). She is due in court on February 27 for a preliminary hearing.

In Seloni’s defense, her phone service was shut off. She probably doesn’t have a landline phone, meaning that the only phone numbers a cut-off phone will dial are the wireless provider and 911. She had no other place to turn to but to call 911.

What if she was taking a long bus trip or going on an international flight and had to be at the airport three hours before her flight? Wouldn’t those circumstances fall close to the realm of an emergency?

Khetarpal was previously a model for companies such as Abercrombie and Fitch and Miller Lite. Seloni is currently a real estate agent, which gives even more credence to the argument that her phone being turned off was an unmitigated emergency. If her phone was shut off on Thursday, February 13, that means she was only two days away from a potential weekend of open houses. Without a phone, she couldn’t talk to her clients. No clients, no money, and with no money, how could you ever expect her to pay for her own cell phone plan?