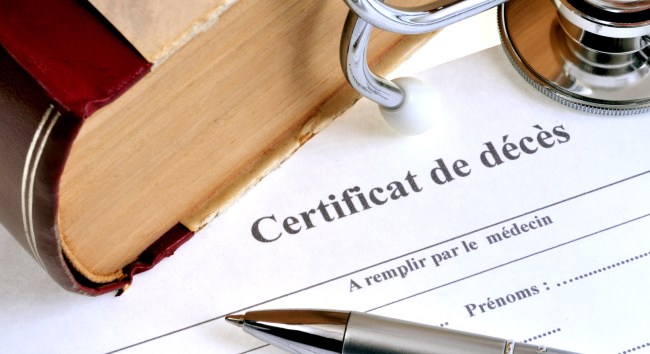 In 2017, 58-year-old Frenchwoman Jeanne Pouchain was declared dead. That’s a problem. Because she is still very much alive and can’t seem to prove to anyone in authority.

“I no longer exist,” Pouchain told the Associated Press. “I don’t do anything….I sit on the veranda and write.”

Before you ask, no, Pouchain was never in a coma and she never attempted to commit insurance fraud.

Frenchwoman Jeanne Pouchain has an unusual problem. She’s officially dead. She has been trying for three years to prove that she is alive. https://t.co/vuP6L4k0Kt

Somehow, she was declared dead by a Lyon court in 2017 despite the fact that no death certificate was ever produced.

The colossal error came at the end of a long legal battle with a disgruntled employee of Pouchain’s former cleaning company, who was seeking compensation for a job she lost two decades ago. The former worker apparently told the court that Pouchain had died because she had not answered her letters.

Pouchain’s lawyer says the Appeals Court of Lyon simply took the plaintiff’s word without giving them a hearing, officially declaring her dead, invalidating her driver’s license and other documents and closing her bank account.

Her lawyer Sylvain Cormier says that when Pouchain came to him with this unique problem, “At first, I had a hard time believing my client.”

Jeanne Pouchain's status as deceased is the result of a court decision that deemed her dead even though no death certificate was produced. https://t.co/ugsC1m2R59

As a result of her being declared dead, her and her husband, who with her son is her legal beneficiary, are not allowed access to her joint bank account. Pouchain says she’s had her car repossessed and is afraid her furniture will be next to go.

Making the story even worse, Pouchain says she never even received a summons for the hearing in which she was declared dead, so she wasn’t even aware that it had happened until later.

Pouchain’s attorney, who said, “when an error is so enormous, it’s hard to admit,” is still working to overturn the judgement.