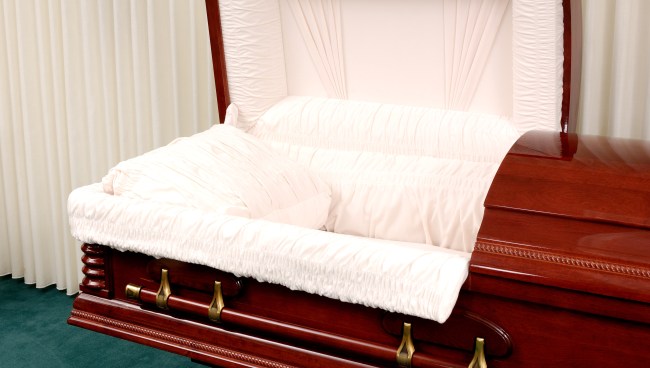 A 20-year-old woman who was declared dead by paramedics in Southfield, Michigan, then placed in a body bag and transported to a Detroit funeral home was discovered to actually be alive once she arrived.

The woman reportedly suffered cardiac arrest at her home on Sunday. After her family called 911 Sunday morning, the Southfield Fire Department paramedics arrived and found her to be unresponsive.

“When paramedics arrived, they found a 20-year-old who was not breathing. The paramedics performed CPR and other life reviving methods for 30 minutes,” Southfield Fire Department Chief Johnny L. Menifee said a statement. “Given medical readings and the condition of the patient, it was determined at that time that she did not have signs of life.”

Menifee added, “Because there was no indication of foul play, as per standard operating procedure, the Oakland County Medical Examiner’s Office was contacted and given the medical data. The patient was again determined to have expired and the body was released directly to the family to make arrangements with a funeral home of their choosing.”

She was then transported to James H. Cole Funeral Home in Detroit. That’s when things took an unusual turn.

“After receiving clearance from the Oakland County Medical Examiner’s office she was transported to our funeral home,” the funeral home said in a statement. “Upon her arrival at the funeral home, our staff confirmed she was breathing and called EMS.”

When the EMS crew arrived at the funeral home they found that, yes, she was indeed still alive and transported her to a hospital.

Attorney Geoffrey Fieger, who has been hired to represent the family of the woman, Timesha Beauchamp, told WXYZ-TV, “They were about to embalm her which is most frightening had she not had her eyes open. They would have begun draining her blood to be very, very frank about it.”

Beauchamp’s family claims the 1.5 hour delay in her being taken to the hospital may affect Timesha’s recovery and her health going forward for the rest of her life.

“It’s one of people’s worst nightmares to imagine having an ambulance called and instead, sending you off to a funeral home in a body bag,” said Fieger. “The funeral home unzipping the body bag, literally, that’s what happened to Timesha, and seeing her alive with her eyes open.”