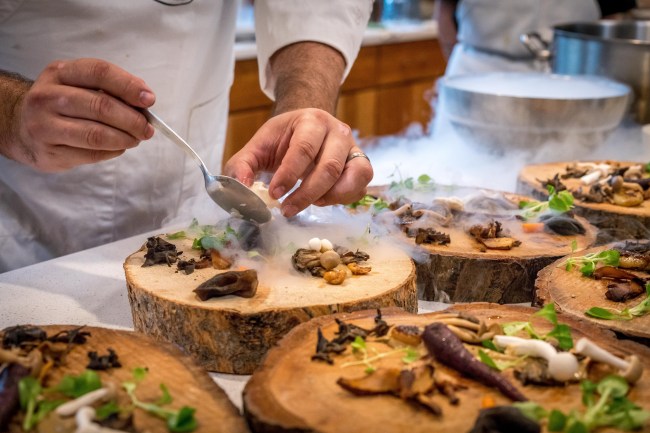 It was Maria Jesus Fernandez Calvo’s 46th birthday and she celebrated what was supposed to be the joyous day by being treated to a world-class dinner at a swanky Michelin-starred restaurant in Spain. On Saturday night, Maria and her family enjoyed a sumptuous meal at the RiFF restaurant in Valencia, a tasting menu consisted of Mediterranean dishes.

Later that night, Maria, her husband, and her 12-year-old son soon became sick. They ordered a dish of rice and morchella mushrooms. Morchellas are also known as true morels, which are considered a delicacy in France. While they are delicious, they are also dangerous because they contain a hydrazine toxin known as gyromitrin. If these mushrooms are not cooked properly, the toxins can damage the liver.

Calvo, who was an optician, died suffering from extreme vomiting and diarrhea. By Sunday morning, only hours after her lavish birthday dinner, Maria died. Authorities are not sure whether she died from poisoning or asphyxiation from vomit in her lungs. “We will have to wait … before we can determine whether it was the ingestion of food that directly caused her death, or whether it prompted a state that led to this fatal outcome,” said regional health chief Ana Barceló.

As of Thursday, officials said that 29 people were sick from the undercooked mushrooms served at RiFF. Maria’s husband and son have recuperated from their food poisoning.

RiFF’s chef and owner Bernd Knöller shut down the restaurant. “I have offered my complete cooperation to the Valencian health authority from the very start in order to clear up the facts, with the hope that we can establish the causes as soon as possible,” said Knöller. The restaurant, which earned its Michelin star in 2009, was given a clean bill of health in an inspection on Monday.

The Ministry of Health opened an investigation into the cases of food poisoning. Raw food samples from the restaurant were sent to the National Toxicology Institute and Forensic Science in Madrid for testing. Maybe eat McDonald’s, it’s engineered to never kill you or ever rot.