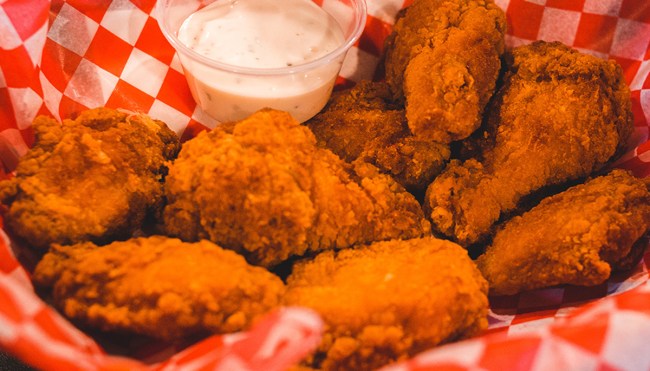 As a long-time and fairly dedicated carnivore, I’m one of the undoubtedly many people out there who generally tries not to focus on the fact that I wouldn’t be able to cut into a juicy ribeye or chow down on some bacon strips if it wasn’t for the animals that allow me to get my meat fix.

Contrary to what your mother-in-law who refuses to eat any steak with even a hint of pink on the inside may lead you to believe, the red liquid you’ll frequently find inside packages of various cuts isn’t actually cow blood. With that said, there’s only so much you can do to avoid being reminded that the food your kids are going to make you feel like an evil person for eating when climate change officially ushers in the end of the world has to come from somewhere.

Last month, a McDonald’s customer in the United Kingdom garnered some attention when he accused a restaurant of serving him a slice of bacon with a pig nipple still attached—an assertion the fast food chain greeted with skepticism. However, it’s pretty hard to argue with a woman in Pennsylvania who says she received a deep-fried chicken head in an order of wings from a local pizza place and posted a couple of pictures of the gnarly find that went viral on Facebook to back up the claim.

Uh, yup. To paraphrase Will Smith in the beloved cinematic classic that is Wild Wild West: 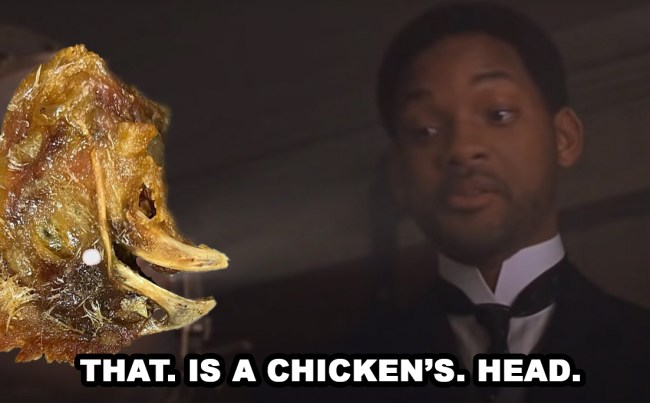 I also couldn’t resist the urge to whip this up after I clicked on the Today article where I first learned about a story that came exactly as advertised. 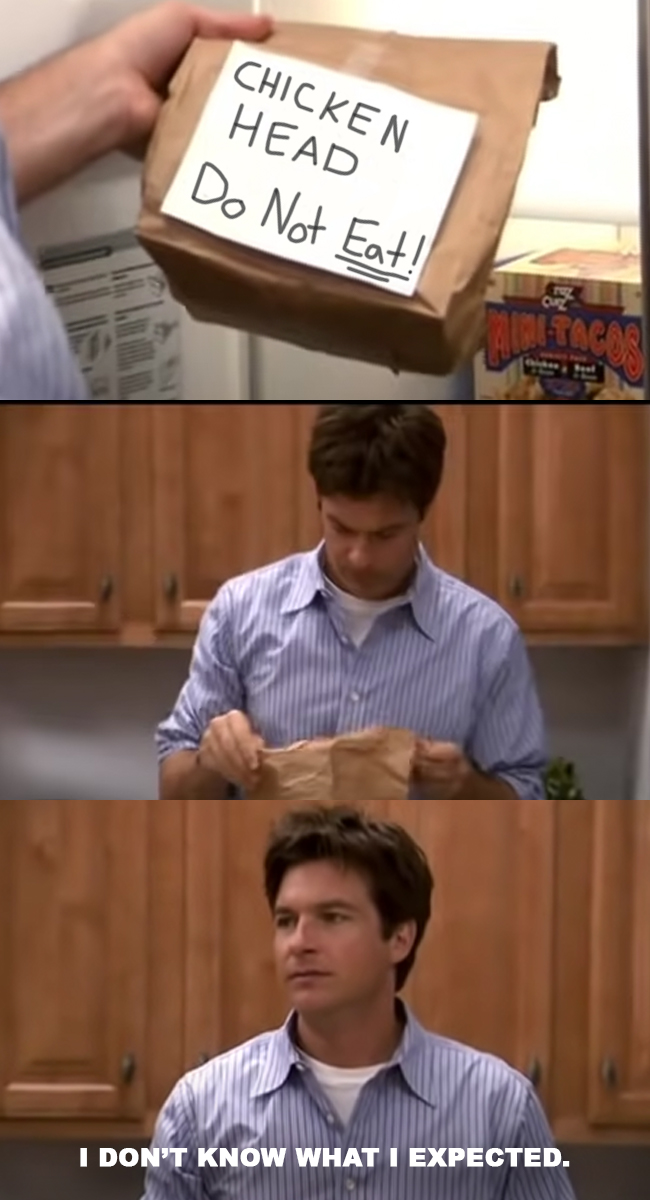 Brittani Paulhamusm, the woman who ordered the wings at a pizza place last week, spoke with the outlet about what went down, saying, “I bit into a wing and all was fine. I picked up the second wing, and I’m like, ‘Why is the shape weird?’ I turned it, and when I saw the beak and the eye, I threw it and I screamed.”

I think that was a reasonable reaction.

The restaurant said this is the first time they’ve encountered such an issue and are working with their supplier to figure out how this “unfortunate situation” came to be. While they offered Paulhamusm a refund, she declined to take them up on it and said she’s basically over it by now, so at least there was a fairly amicable ending for everyone (aside from the chicken).