Woman Finds A Live 1.5-Inch Long Worm Living In Her Tonsils After Complaining Of Sore Throat 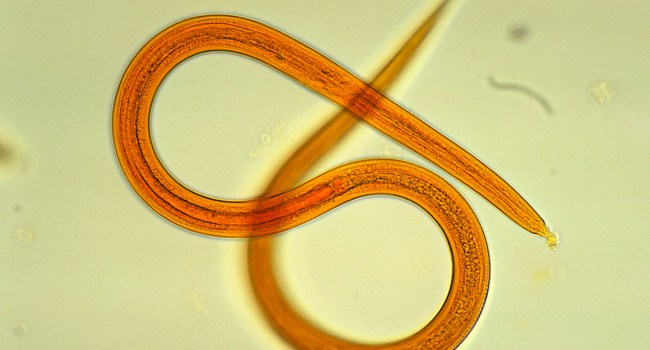 A 25-year-old woman in Japan got a bit of a shock when after suffering for five days with a sore throat she visited the doctor and discovered that a inch-and-a-half long worm had decided to make a home in her tonsils.

Go ahead, feel free to gag. I’m sure she did.

The woman, who received treatment at St. Luke’s International Hospital in Tokyo, was discovered to have a nematode roundworm living inside her left tonsil after after eating sashimi (a raw fish delicacy) at a restaurant.

Woman complains of a sore throat – only for doctors to pull a 1.5ins live WORM from inside her tonsils https://t.co/AnF3xK4D44

According to a report published in American Journal of Tropical Medicine and Hygiene, doctors had to use tweezers to remove the worm which was, wait for it… which was still alive and wriggling around after its removal from her throat.

The parasitic Pseudoterranova azarasi type roundworm was a fourth-stage larva 38 mm long (1.5 inches) and 1 mm (0.04 inches) wide and was “and in the midst of molting its outer cuticle when doctors discovered it,” reports the Mirror.

The report stated there have been around 700 cases of this type of worm found in humans in Japan, North Pacific countries, South America, and the Netherlands.

“Although oropharyngeal infection is rare, this infection is known to cause ‘tingling throat syndrome’ and cough and should be considered a differential diagnosis of oropharyngeal parasitosis as consuming raw fish, including sushi and sashimi, has become more popular and the number of reported cases has markedly increased worldwide,” the report read.

Usually these worms, which given time can reach very large sizes, make their homes in human intestines, but occasionally, as in this case, they don’t make it that far.

Following the removal of the worm from her tonsil the woman’s symptoms reportedly “improved rapidly.” Go figure.