Woman Is Out $7,732 After Learning A Painful And Expensive Lesson On Tipping For Coffee And Cake 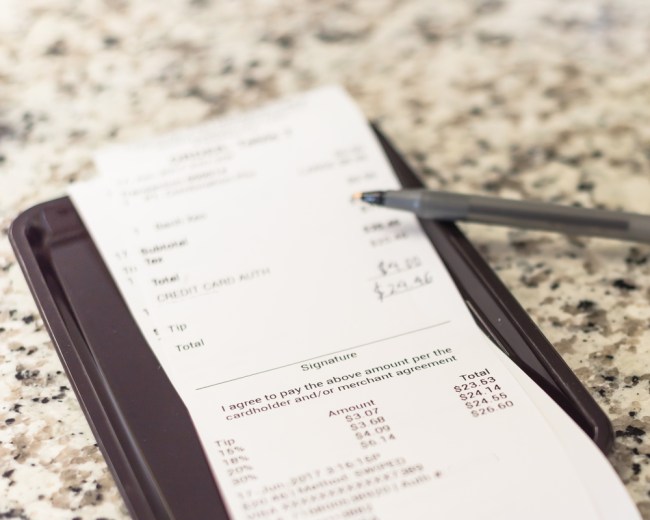 We take you to Switzerland where Olesja Schemjakowa of France was enjoying some coffee and snacks at a cafe near Zurich. She had a coffee and cake and her bill was $23.76. I hope that was some pretty amazing cake. Schemjakowa paid the bill with her credit card and left. When she got home in France weeks later, she received her credit card statement. The cafe had charged her $7,732 for the snack. That had better be some really, really amazing cake.

When Schemjakowa paid her bill at the cafe’s electronic register, she entered her PIN code (7686) as the tip. If only Schemjakowa’s PIN code was 0000. She called her credit card company and asked them to reverse the charges. The credit card company informed her that they couldn’t take off the charges because they weren’t fraudulent. Schemjakowa contacted the local Swiss police station and they told her they couldn’t do anything because no crime had been committed.

Schemjakowa got in touch with the owner of the cafe, who said they would refund the money. Weeks passed by and no monies were refunded. Soon, the owner stopped communicating with Schemjakowa. Apparently, the cafe owner filed for bankruptcy and shut down the cafe, which the suspect timing sounds like it had something to do with making $7,732 on one order of cake and coffee.

“I just can’t understand how the cafe owner can just keep the money, and I can not do anything about it,” the 37-year-old woman told the Swiss newspaper Blick. “That’s just not fair!”

The outlook for Schemjakowa ever getting her money back sounds slim. “I’ve been told there may still be a one percent chance that I’ll see my money back,” she said. So you’re saying there’s a chance? The moral of the story is pay attention when you’re paying otherwise you could be paying for it big time later.