Woman Arrested After Refusing To Return $1.2 Million Mistakenly Deposited Into Her Account 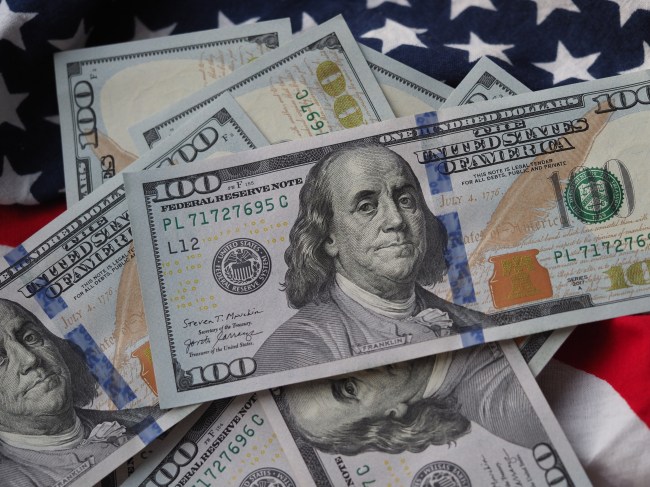 A 911 dispatcher from Louisiana has been arrested after she was accused of refusing to return more than $1.2 million mistakenly deposited into her brokerage account according to a report from NOLA.com.

Kelyn Spadoni, 33, of Harvey, was fired after being booked with theft valued over $25,000, bank fraud and illegal transmission of monetary funds, said Capt. Jason Rivarde, a Sheriff’s Office spokesperson. Spadoni could not be reached for comment Thursday.

Spadoni is accused of immediately moving the money to another account and using some of the ill-gotten cash to buy a new car and a house, authorities said.

Though the money was put into her account, Rivarde said, “It’s not her money.”

Apparently, Charles Schwab mistakenly deposited $1.2 million into the woman’s brokerage account and she moved the money into one of her bank accounts. The company has not been able to contact the woman who has been ignoring their calls, text messages, and emails.

Spadoni is also being sued in federal court by Charles Schwab & Co. The company has accused Spadoni of dodging their calls, text messages and emailed attempts to recover the money.

On Feb. 23, Schwab meant to transfer $82.56 into a Fidelity Brokerage Services account also owned by Spadoni. But the company, instead, transferred $1,205,619, court records said. Staffers with the company immediately tried to stop or reclaim the transfer, but couldn’t.

The next day, Schwab sent a reclaim request to the institution that administers the account where money was mistakenly sent. But the request was rejected, with Schwab receiving a “CASH NOT AVAILABLE” notification, court records said.

That’s because Spadoni had already moved the money out of the account, Rivarde said.

The women went on to buy a new house and a $48,000 2021 Hyundai Genesis SUV. Unfortunately for the woman, the police have been able to recover about 75% of the money after her arrest.