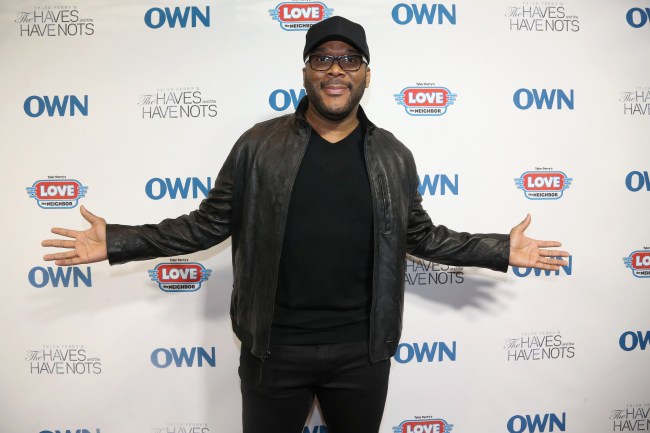 Tyler Perry is one of the most accomplished TV/movie producers of his time.

The creator of the insanely popular Madea movie series has amassed a billion-dollar fortune with his relentless work ethic and an enormous library of work that he has 100 percent ownership over.

Forbes’ breakdown of the star’s billion-dollar fortune includes $300 million in cash and investments and a $60 million stake in BET+. Forbes says Perry’s homes — in Atlanta, New York, Los Angeles and Jackson Hole, Wyoming — and other assets are valued at $40 million. The magazine attributes $320 million of his fortune to his library of work and says his new studio complex, the largest film production studio in the United States, is worth $280 million..

On Wednesday night, Perry posted a selfie on Twitter and revealed that he was single and going through a midlife crisis which immediately went viral on the social media app.

This is what a midlife crisis looks like. I’m 51, single and wondering what the next chapter in my life will look like. Whatever it looks like I’m going to walk with God, be the best father and… continued: https://t.co/gLHyNwRauG pic.twitter.com/3eXzXU2BEb

Women immediately took the opportunity to shoot their shot at the single billionaire.

Aunty twitter is thirsting at Tyler Perry and embarrassing their kids pic.twitter.com/ebeMpA9blX

I doubt if you will be single for long! 48 and single who takes care of her 2 teenage sons and a Mom! pic.twitter.com/4Rm9FwOLKJ

This is what 53 looks like single and Blessed let's hang out somewhere 💥 pic.twitter.com/fHDeWrG7ZI

Hey, Tyler. This is what 49 and single looks like. My kids are out of the house and in college and I’m living my blessed life. Dm me. pic.twitter.com/9F1tC8QWKz

51 and still look the same as I did in high school! 💁🏾‍♀️ Single and blessed with the kids all moved out. Maybe I deserve some company. 🤫 pic.twitter.com/UrnDba8Dvl

I too am 51 and blessed. No kids pic.twitter.com/dD1jerkNnF

All these moms thirsting over Tyler Perry😭😭 https://t.co/wA4rcvDGze

I don’t know what I would do w myself if my aunt was thirsting for Tyler Perry in his comments https://t.co/OzrNRQFUBO