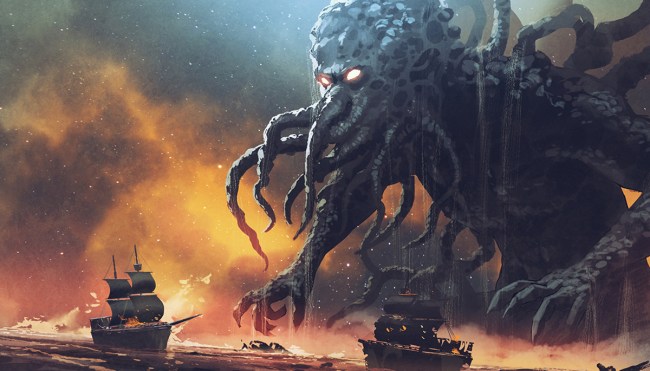 It’s been almost two years since most of us got a crash course in what it’s like to be in a movie that kicks off with the bulk of the world opting to ignore murmurings concerning a mysterious airborne disease responsible for sparking a health crisis in the Chinese city that was placed on lockdown in the hopes of stopping the spread (a strategy that—as we know all too well by now—didn’t exactly pan out as hoped).

Based on what we learned from that situation, I feel like it no longer hurts to err on the side of caution in the hopes we aren’t doomed to repeat a similarly catastrophic scenario—which is why I feel like we might want to pay attention to a new report from Live Science concerning an earthquake that occurred off the coast of Japan in 2015.

In June of that year, researchers who were monitoring a 7.9-magnitude seismic event that hit the Bonin Islands detected a minor aftershock that originated 467 miles below the surface of the planet—a depth that set a new record for the deepest earthquake ever observed. While it may not seem like an incredibly newsworthy development, it came as a bit of a surprise to experts who say the disturbance was theoretically impossible based on everything that was previously known about the conditions required for such a disturbance to occur.

I’d recommend checking out the aforementioned article if you’re looking for an in-depth explanation of their reasoning, which centers around the long-held belief that the nature of rocks located in Earth’s lower mantle (where the earthquake originated) makes them impervious to the effects of water that triggers the quakes that occur closer to the surface by leaking into more porous objects and weakening their structure.

As things currently stand, there are a couple of operating theories. One is that researchers incorrectly estimated the depth of the boundary between the upper and lower mantle, while the other rests upon the assumption that certain minerals found at the depth were exposed to unexpected conditions that made them susceptible to cracking.

Of course, there’s also the possibility that the initial earthquake roused one of the Great Old Ones from their eternal slumber and it’s only a matter of time until a vast, indescribable horror beyond the comprehension of all but those unfortunate enough to witness its unbridled wrath and might rises from the depths of the Pacific Ocean, but I guess we’ll just have to wait and see.