Elderly Woman Finds An Old Painting Hanging In Her Kitchen Is Actually Worth A World Record $26.6 MILLION At Auction 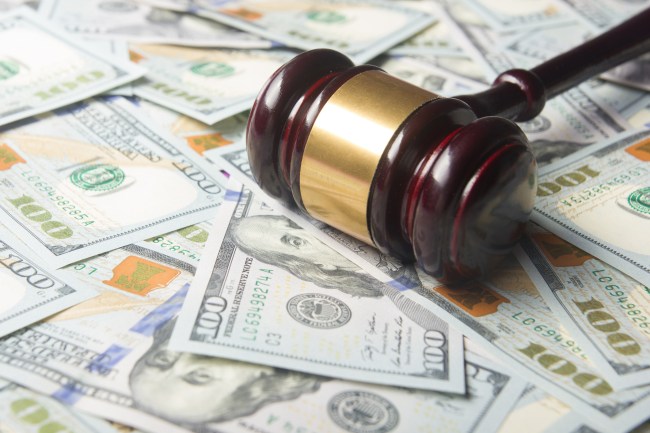 An elderly woman in France just came into a Metric Ass-Ton™ of money after discovering that the old painting hanging above a hot plate in her kitchen was actually a priceless painting that sold for a world record $26.6 million at auction.

Here I am writing up this article while staring around the room, wondering if any of the random art I have on the wall that’s been passed down to me from family members is secretly worth a literal fortune. Both of my grandparents on my mother’s side of the family were accomplished artists, my grandfather even apprenticed under Pablo Picasso while living in Italy. And it’s hard not to daydream of finding a priceless piece of art after reading through this news.

The painting hung in the elderly French woman’s kitchen for years above a hot plate and it wasn’t until an auctioneer spotted the painting and advised her to have it appraised by experts that she realized it was the long lost ‘Christ Mocked’ painting from pre-Renaissance artist Cimabue.

After having the painting appraised, it was expected to fetch somewhere around $6.6 million at auction. That appraisal was obviously waaaaaayyyyyyyyyyyyyyyyy off because it sold for a world-record $26.6 million.

Here’s the report from the BBC:

Acteon Auction House said the sum, paid by an anonymous buyer from northern France, was a new world record for a medieval painting sold at auction.
“When a unique work of a painter as rare as Cimabue comes to market, you have to be ready for surprises,” auctioneer Dominique Le Coent told Reuters news agency.

For years, the painting hung above a hotplate in a kitchen in the city of Compiègne. It was spotted by an auctioneer, who advised its owner to have it evaluated by experts.
The owner believed it to be an old religious icon with little value.

Tests were carried out on the artwork using infrared light to determine the similarities with works by the Italian painter Cimabue, also known as Cenni di Pepo.
Born in the city of Florence, he was active in the late 13th and early 14th Centuries – a transitional figure between the stylised art of the medieval period and the more naturalistic works of the Renaissance. (via)

Here’s a look at that painting: 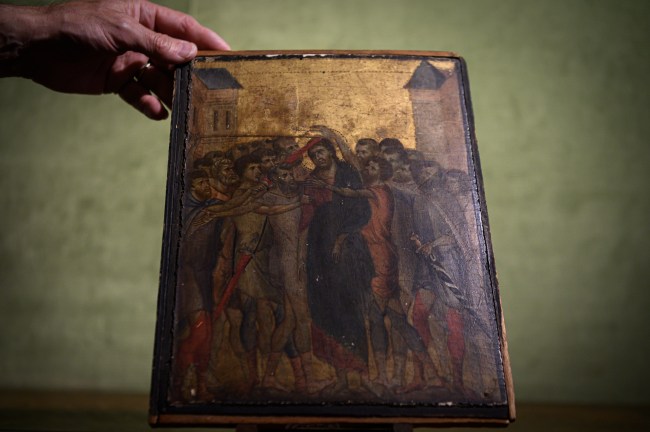 I can’t say that I’m familiar with the work of Italian painter Cimabue/Cenni de Pepo but I guess he’s pretty fucking significant if his painting set a new world record for medieval art.

According to the BBC, this painting is believed to part of a ‘polyptych’ that dates back to somewhere around 1280. A polyptych is a series of paintings that comes together in several panels and creates a larger piece of art, this one is believed to have depicted the crucifixion and passion of Jesus Christ.

There are two other pieces from this collection/polyptych that are still on display. One is with the Frick Collection in NYC and the other is at London’s National Gallery.

Meanwhile, this elderly woman just came into $26.6 million and has some SERIOUS SPENDING to do before it’s too late….

For more on this story, you can click here and head on over to the BBC.