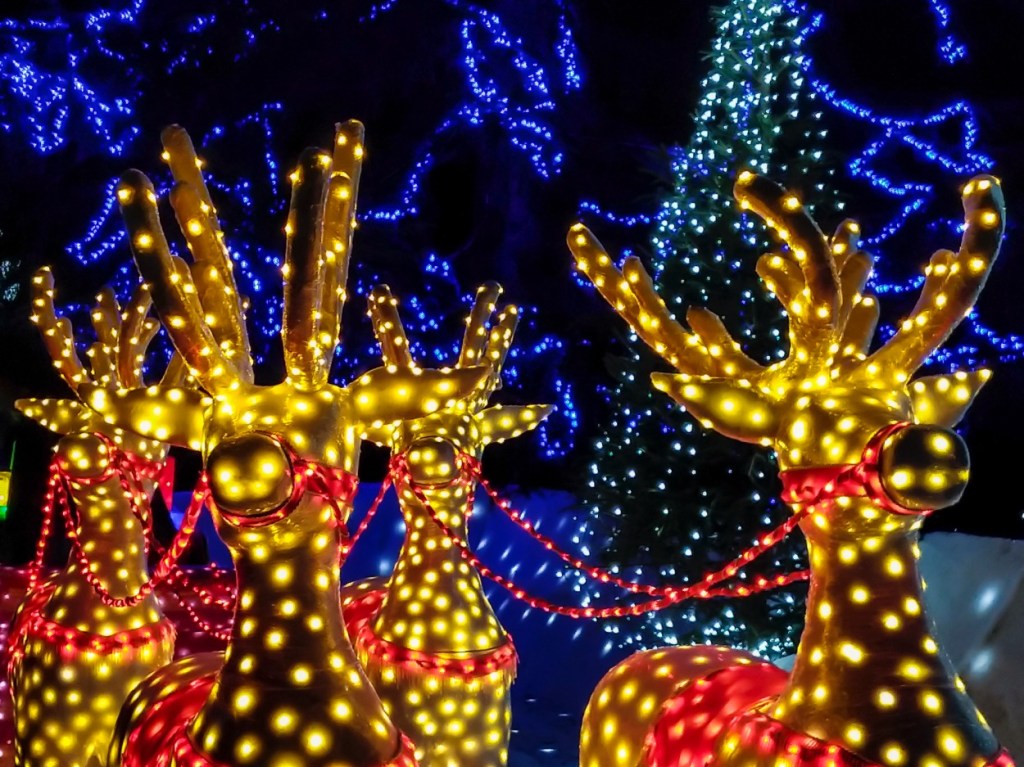 Clark Griswold’s got nothing on this family. They just broke the world record for the most Christmas lights on a private residence, a record they actually held after setting it back in 2014 with 601,736 lights.

This time around they’ve put up almost 700,000 lights AND they expect to raise $500K for charity from this stunt. Going to see the lights is free but they do ask for donations with the bulk of all the money going to support the local Union Vale Fire Department.

The Gay Family lives in Lagrangeville, New York which is up in the Hudson Valley not too far off from Poughkeepsie. This tradition began back in 1995 when a daughter was born to the Gay Family and they hung up 600 Christmas lights to celebrate. Then some more. And more. A little more. Soon enough they held the world record for the most Christmas lights ever.

It is called the ERDAJT which made of the family’s names (the kids are Emily, Dan, and John) and they’ve got a website set up with showtimes, visiting information, a FAQ, and more. But here are the lights in action, all 686,526 of them.

World Record For Most Christmas Lights Ever

Here’s some wild drone footage from two years ago:

If you asked me how much this cost I would’ve thrown out some huge numbers but on the family’s FAQ page they actually list the cost. They say it only costs them about $350/year to run the nearly 700,000 Christmas lights now that they’re all LED’s.

2014 was the first year they set the world record for the most Christmas lights at a private residence with 601,736. But that number almost immediately sank to 473,199 when they switched over to all LED and started counting only LED lights.

They aren’t sure exactly how many extension cords are used but the website states the current estimate is over 2,500 extension cords which measure over 8 miles long in total. The family claims there are over 37 miles of wire inside their LED lights set up.

In order to synchronize they music they use Light-O-Rama software but the actual process is manual and takes up to 30 hours to sync it all together.

The lights don’t stay up all year. If this was my family, they’d never come done. So they actually have stats on how long it takes to put everything up and take it down. In 2015, it took the family 1,200 man hours to do everything and they’ve since added another 180,000+ Christmas lights since 2015. But the process has apparently gotten easier as the family has grown over the years.

You can check out their Facebook Page and/or Website to learn more about showtimes and everything that goes into this world record.