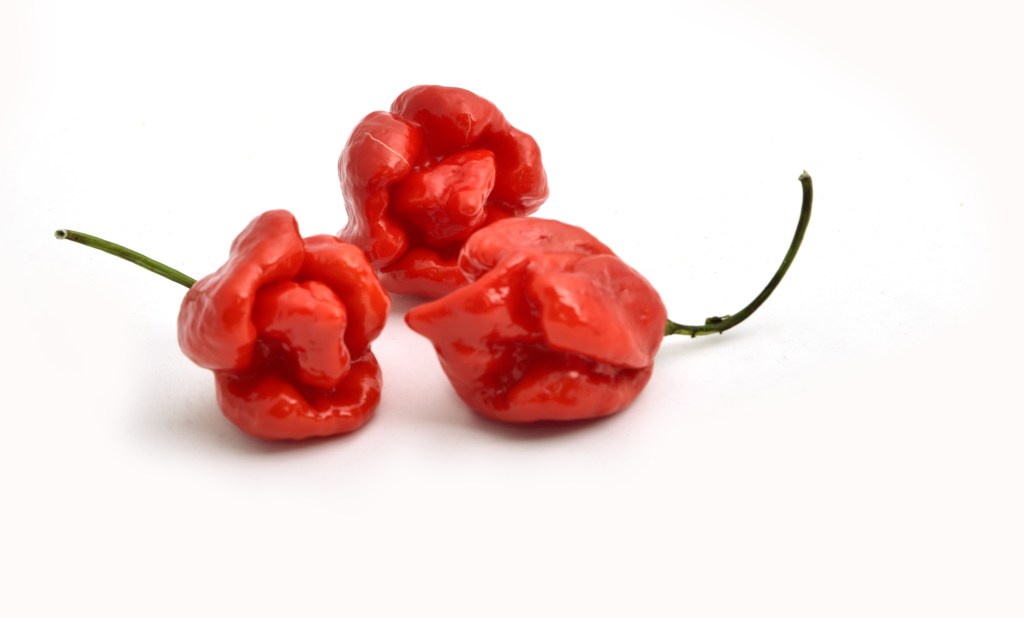 I actually have an exceptionally high tolerance for spice. I can crush Phaal Curry and ‘Thai Spicy’ on the regular with only minimal damage to my physical well being. But that ‘Paqui 1 Chip Challenge’ with the Carolina Reaper Pepper devastated me. This man, Mike Jack, takes down three in under 10 seconds like an absolute beast.

In the clip, he chews the three peppers, swallows them, and then reveals his mouth to show that they are completely devoured. According to the London Free Press, Jack actually accomplished this feat back in November but it was just certified by the Guinness World Records who then shared the clip on their Facebook page. It’s hard to watch this without thinking about how completely devastated your balloon knot would be the next morning after downing three of the world’s hottest peppers.

This is now an official Guinness World Record for the ‘Carolina Reaper Chili Challenge’ which is the fastest time to eat three Carolina Reaper Peppers. So how’d he do it? Well, he told The Free Press: “I’ve built up a high tolerance to spice over the years, so, honestly, I didn’t really feel them until it was all over, I’d say most people are going to feel them right away, but for me, the heat came after they were already down the hatch.”

He said his recovery time was 8-12 hours after this challenge which I’m both intrigued by and also want to know nothing about. This seems like one of those situations where I’d ask ‘so what was it like??’ and then the person would drop horrifying details on you that you expected to hear but didn’t want to believe would happen.

According to the London Free Press, there are 8 Guinness World Records available pertaining to eating insanely hot peppers. Jack has 4. He wants all of them. It apparently took him 13 attempts to break this record and he also devoured a ton of Carolina Reapers in the months leading up to breaking the challenge so he could push his tolerance as far as possible. It worked.