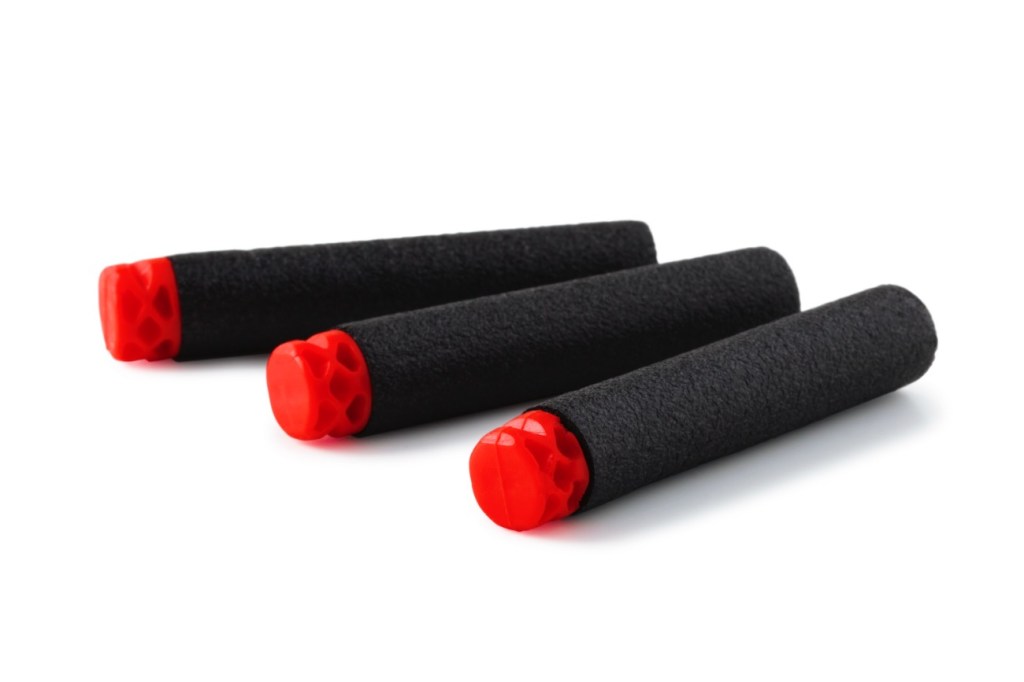 Michael Pick is now a Guinness World Record holder after building the world’s largest Nerf gun. He 3D-printed this record-setting Nerf gun using an array of materials but primarily plywood. It shoots darts that measures a foot long, fly at 50 miles per hour, and can destroy pumpkins on impact.

The world’s largest Nerf gun measures an astounding 12.5-feet in length which is just a truly comical size for a Nerf gun. And this Nerf gun actually weighs over 200-pounds. So it’s not exactly a Nerf gun you want to use in battles around the house but the footage below is incredible and I want one right now.

There are two videos of the record-setting Nerf gun in action. Michael Pick shared one on his YouTube channel from his home workshop in Alabama where he built this incredible toy. And the official Guinness World Record YouTube channel shared footage of this epic Nerf gun recently as well.

Let’s check it out in action so you can see this absolut unit destroying pumpkins with 12-inch darts constructed out of PVC pipe, foam, and 3D-printed caps.

I’m actually a bit astonished that Michael Pick, aka The Casual Engineer, who built the world’s largest Nerf gun and shared it on his YouTube channel hasn’t shared any more videos of it. He uploaded his first video about a month ago and since then there hasn’t been another clip. If I owned the largest Nerf gun in the world I’d be filming footage of it nonstop. The people want to see it!

Michael Pick has some other cool videos on his ‘The Casual Engineer’ YouTube channel. He’s built the world’s largest Nintendo Switch and the world’s smallest MacBook Pro. So if you’re into cool DIY videos like that then be sure to smash the ‘subscribe’ button on his YouTube channel.

And if you’d like to read more about Guinness World Records being broken just click that link!