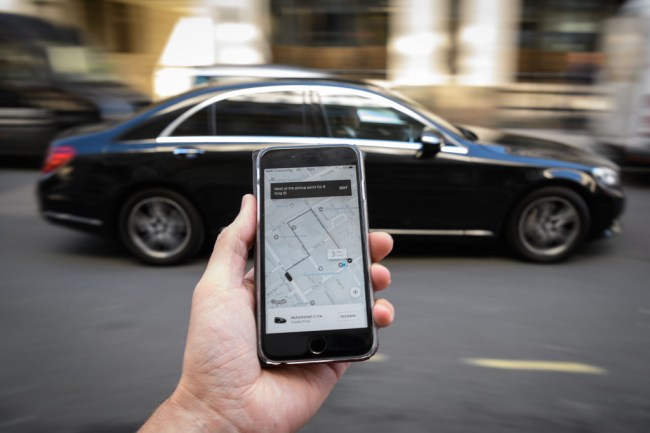 I recently had the pleasure of having to take a train to the eastern tip of Long Island for a wedding in a place that wasn’t called The Hamptons.

Upon my arrival, I was shocked to arrive and discover that I was unable to get a car with none of the five ridesharing apps that I have on my phone.

It brought me back to the dark, dark days not so long ago when if you lived outside of a major metropolitan area you had to call and speak to an actual person in the hope they’d be nice enough to dispatch one of the three taxis in a 10-mile radius without making you wait for four hours.

Thankfully, we now live in a world where you can summon a ride with a couple of button pushes, which is great unless you blackout and accidentally end up dropping $1,600 on a ride.

Apps like Uber are also an absolute godsend if you’re traveling abroad, as it’s usually a lot less sketchy than some of your other transportation options.

However, that doesn’t necessarily mean you’re going to have a great experience in every country.

Driving Tests recently surveyed hundreds of Uber riders to share their experience using the service in the United States and beyond, and they discovered the best and— perhaps more importantly— worst places to hail a ride around the world.

They examined a number of different aspects rides, such as the likelihood you’re going to fear for your life when you get into the backseat. 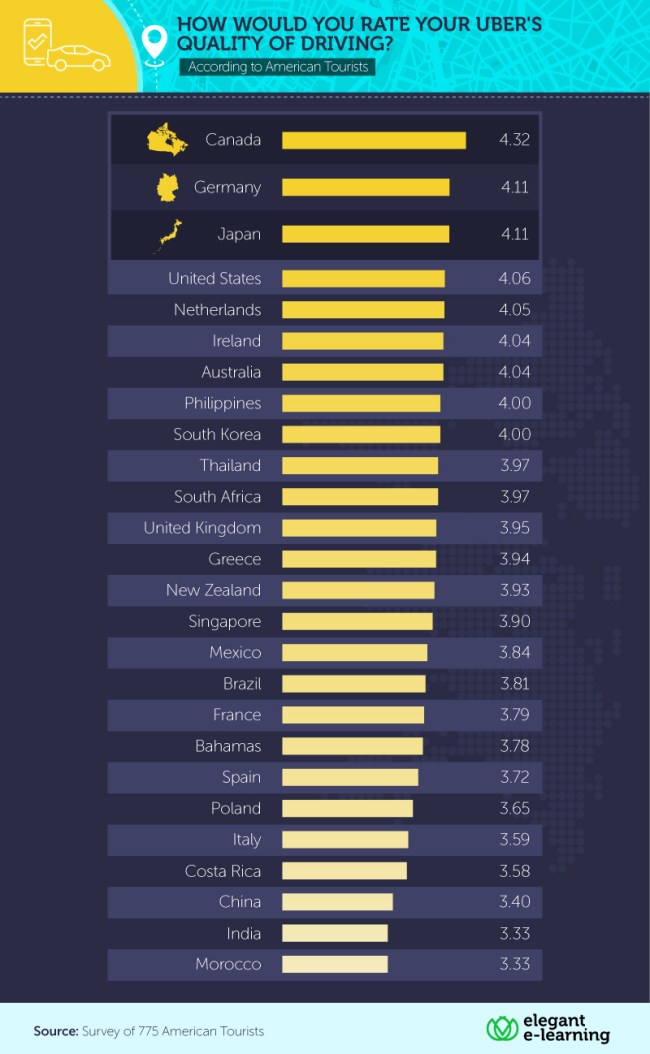 If you’re one of those people whose worst fear is getting stuck in a car with a chatty driver, then Asia is the place to be (which I’d guess has at least a little something to do with language barriers). 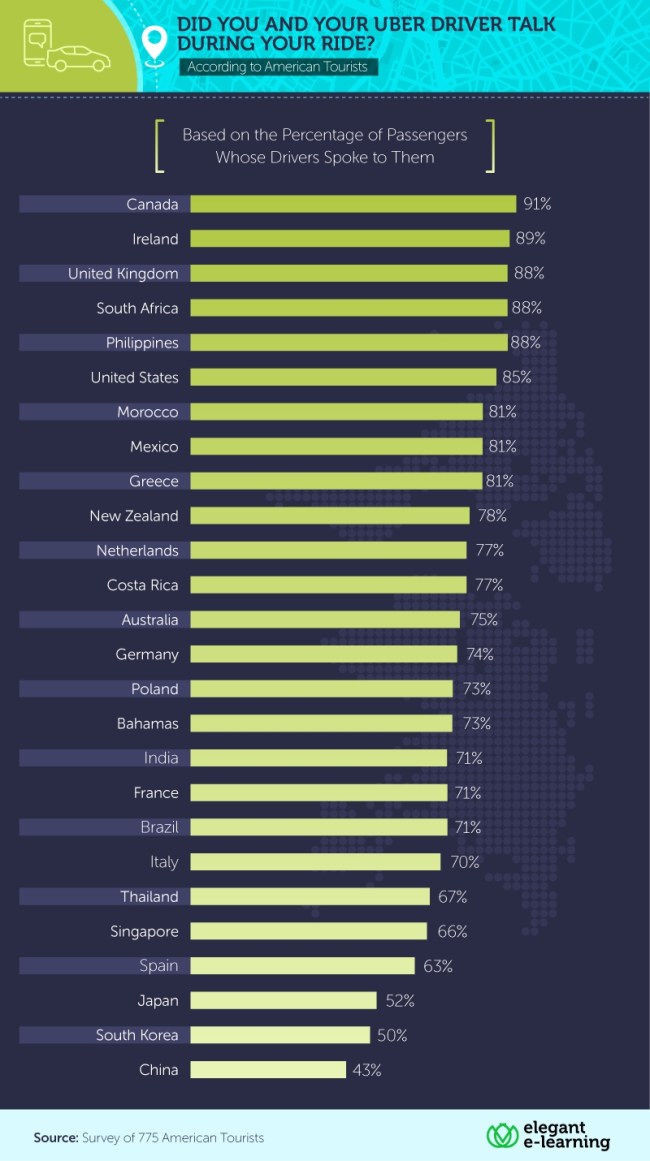 As far as canceled rides are concerned, Morocco leads the pack with the United States taking home the silver. 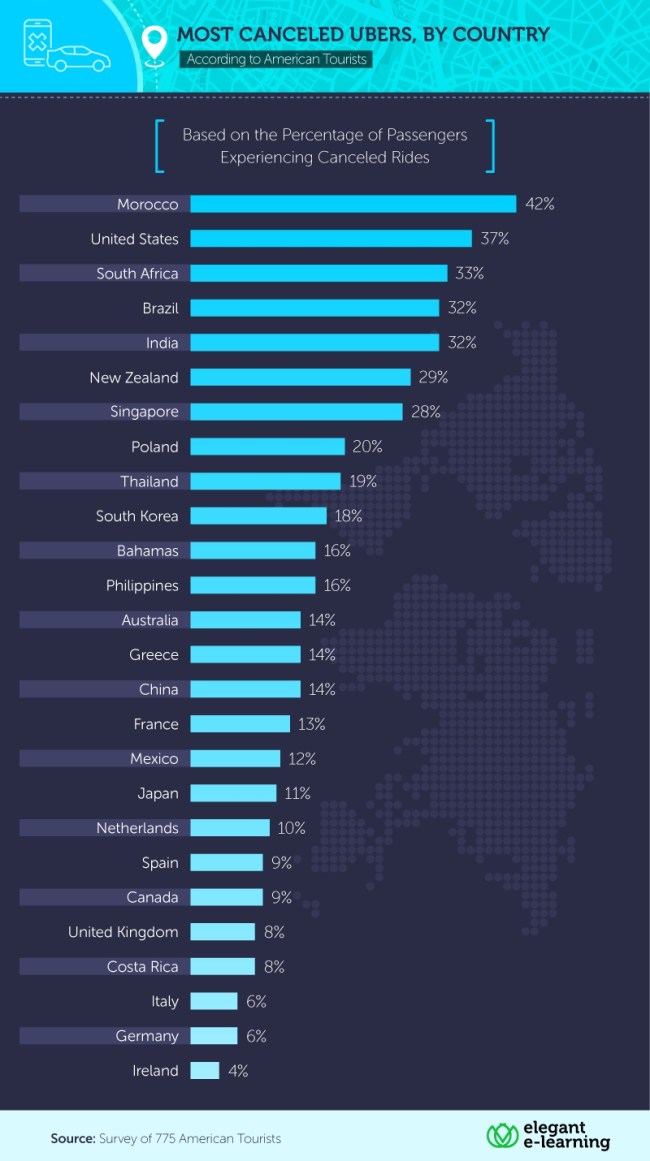 If you’re going abroad and relying on Uber to ferrying you around, you’re going to want to take a look at the countries that provided riders with the most pleasant experience. 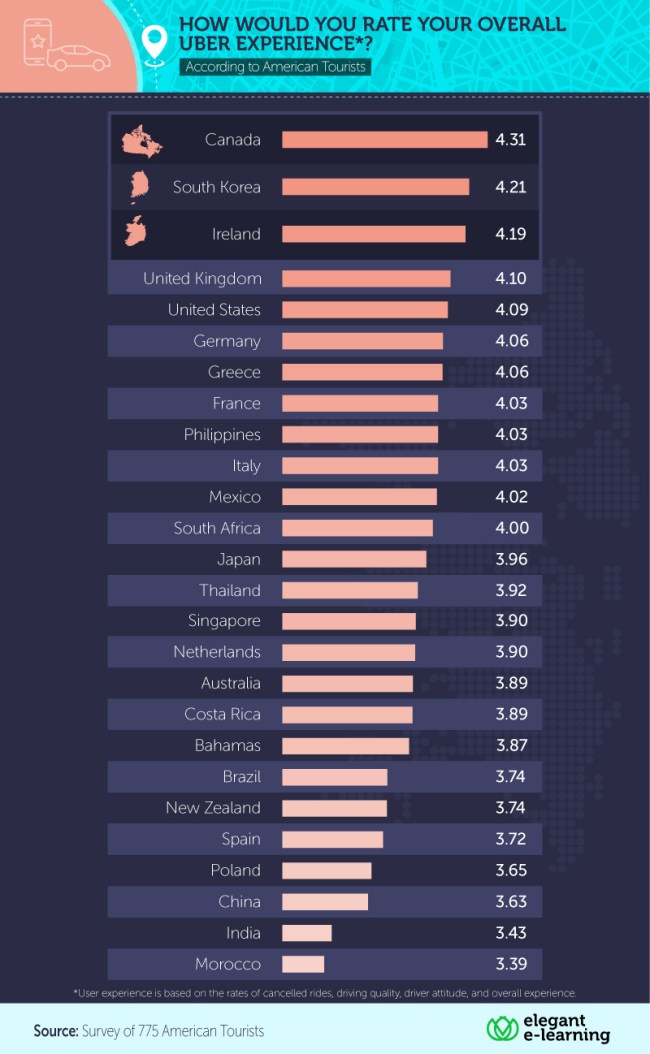