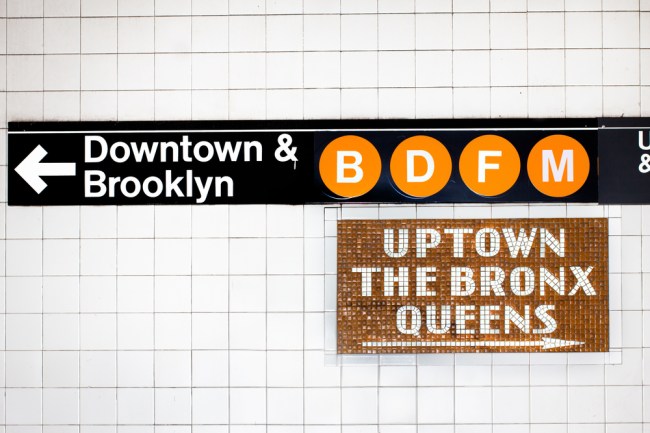 There’s a new ‘Worst Job in America’ title and it’s held by the social media team of the New York City MTA/subway system. The job involves getting paid to sit online and listening to people complain, all fucking day, about your work. And if we’re being honest this sounds nearly identical to being a paid writer on the Internet. In fact, anyone who’s ever been employed as a writer on the Internet is already qualified for this position of ‘Worst Job in America’ because half of writing on the Internet is listening to people tell you how god awful you are at your job.

The social media team running the @MTA and @NYCTSubway Twitter handles with over 2 million followers are tasked with fielding the complaints all day every day from some of the surliest people on the planet. And it will only get exponentially worse in the next couple of months when Summer hits and the subways become unbearably hot.

The ‘Worst Job in America’ was recently the focus of a feature in the Wall Street Journal. Here are some excerpts of what the day to day looks like for this position:

“We’re New Yorkers, we have thick skins, but we’re human,” said Molly Washam, an even-keeled 30-year-old. “We do sometimes gather around the monitor to see the meanest thing someone could come up with that day.”
…..
“They are a pin cushion for people to take out their anger,” said Karen Kessler, a communications consultant and crisis expert, “and they have limited tools at their disposal besides a thesaurus for 15 ways to say ‘Sorry, we’re working on it.’” (via)

So the job essentially consists of sitting at a computer and responding to people on the Internet who are telling you to kill yourself, that you’re awful, that your job has no worth, and that the world would be better off without you…Again, this sounds almost exactly like blogging/writing on the Internet. But in all seriousness, for those people to have to sit at a computer and read horrific insults for 8-9 hours a day while maintaining sanity is absolutely crazy. That shit grates on your wellbeing. You can’t stay happy and healthy when all day long people are telling you that you’re worse than pond scum. At least with other jobs where people field criticism there’s a balance where someone occasionally tells you that you add value in the world. All this team hears are the worst types of insults.

What’s the upside? Well, it’s a full-time job with excellent benefits and because it’s the MTA/NYC Subway System I’d be willing to wager that some of these people are making $70-$90K/year to handle these insults, but I can’t seem to find those figures anywhere (just a hunch of mine).

You can read the full article about the ‘Worst Job in America’ over on the Wall Street Journal.