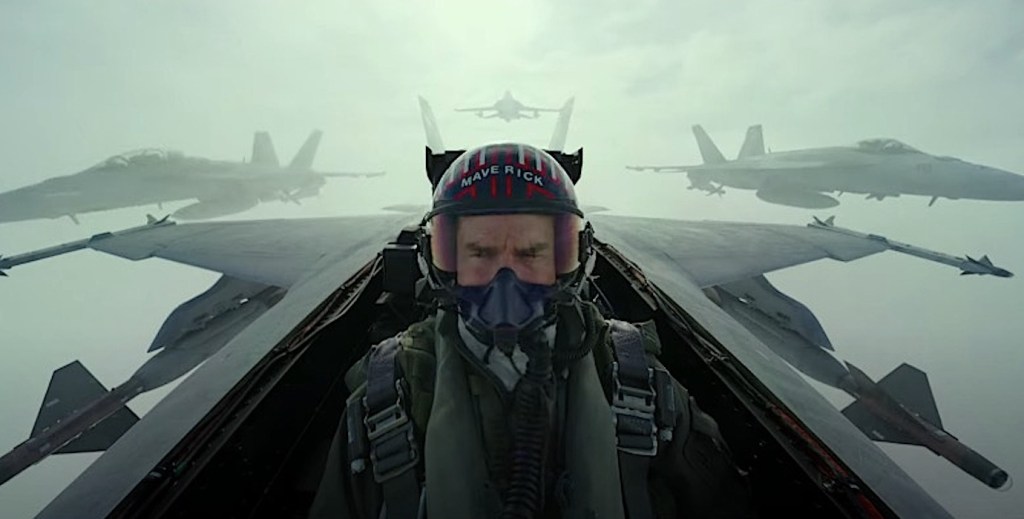 It is hard for many people to believe, but it’s been 36 years since Top Gun hit theaters! After all that time we are finally on the cusp of Top Gun: Maverick being released. The sequel itself has been heavily delayed. It was initially set to hit theaters in December 2020 but has been pushed back to May 27th which is just around the corner.

Long before Tom Cruise, Val Kilmer, Miles Teller, and others signed on to film Top Gun: Maverick a team of Hollywood writers set out doing research for a screenplay of a potential sequel. And though he’s not listed as a writer on Top Gun: Maverick, Zack Stentz was one of those writers who spent time with fighter pilots (on bases and carriers) a decade ago.

If that name doesn’t ring a bell, Zack Stentz wrote the screenplays for Thor, Agent Cody Banks, X-Men: First Class, amongst others. He shared some tweets on Thursday night about doing research for a potential Top Gun 2 screenplay and his stories about how fighter pilots get their nicknames was definitely worth sharing with you all.

During the brief period a decade ago when we were doing research for Top Gun 2, the funniest thing I learned is that Navy fighter pilot call signs tend not to be badass names like "Maverick" and "Iceman" but something funny or embarrassing about the pilot.

So we met a pilot who had nerves of steel flying an F/A-18 at Mach 2 but would faint whenever he had to get a shot. His call sign? "Needles." Another pilot who never kept track of his fuel consumption in a combat zone was "NASA." It stood for "No Apparent Situational Awareness."

Also, when we toured a squadron ready room on a nuclear carrier, we asked why there was a hardware store bolt hanging over one of the chairs. Apparently it was a badge of shame, hung over the chair of the last pilot to "bolter"-miss catching the cable during an arrested landing.

The original Top Gun is basically structured as a sports movie–win the trophy! The people we interviewed talked about how there is no actual Top Gun trophy because fighter pilots are so insanely competitive about everything that they'd literally kill themselves trying to win it.

All the fighter pilots we talked to had a love-hate relationship with the original Top Gun. They'd go on and on about all of the inaccuracies and silliness…then in a low voice admit that watching the movie was why they became fighter pilots in the first place.

BTW, when the pilots on the carrier we visited (USS Abraham Lincoln, motto-"Shall not perish") heard what movies we had written, they insisted on introducing us to the only pilot onboard who had a somewhat cool call sign. His last name was Asgaard, so his call sign? Thor.

To wrap this back to screenwriting, research is a critical part of writing, especially if you're writing about people in specialized occupations. Spend time with their real life equivalents if you can, ask them for stories-"Weirdest thing that ever happened on the job?" etc.

I’m sitting here trying to imagine fighter pilots being so competitive with each other they’d literally kill themselves trying to win a trophy but I can’t really wrap my mind around that. I guess it’s a great thing there’s no actual Top Gun trophy in existence.

If you haven’t seen the Top Gun: Maverick trailer yet then hit the ‘play’ button below. The premise of this sequel is it takes place 30+ years after the original film and Tom Cruise’s character Maverick is “pushing the envelope as a courageous test pilot and dodging the advancement in rank that would ground him.”

Top Gun: Maverick comes out on May 27th. It’s having a world premiere at this Summer’s Cannes Film Festival and then it will stream on Paramount+ after it hits theaters. I haven’t seen a concrete date on when it will start streaming but we’ll likely learn more about that in the next few months.