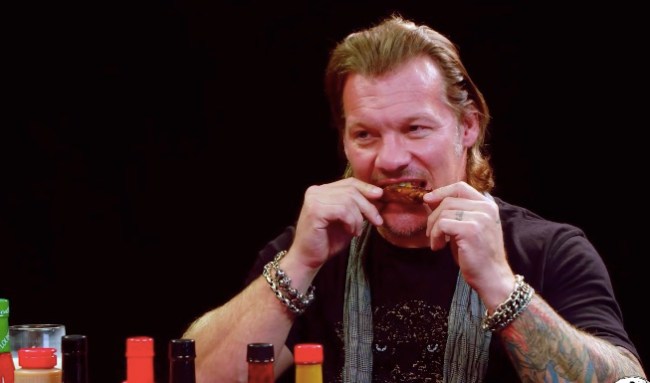 Chris Jericho, aka ‘The Man of 1,004 holds’, is a WWE legend. He’s a 6-time World Champion who made his wrestling debut all the way back in 1990. In addition to being one of the most famous and decorated WWE wrestlers of all time, Chris Jericho is also the lead singer of the Heavy Metal band Fozzy who have released 7 studio albums since their debut in 2000.

He’s a man of many skills, but one skill he’s lacking is the ability to withstand extremely spicy food. In the latest episode of Hot Ones, Chris Jericho sits down for an interview with Sean Evans an takes a stab at eating the ‘Wings of Death’. I’m assuming everyone here already knows the format of Hot Ones: it’s a celebrity interview series where they eat the world’s spiciest wings in order of ‘insanely spicy’ to ‘absolute torture’.