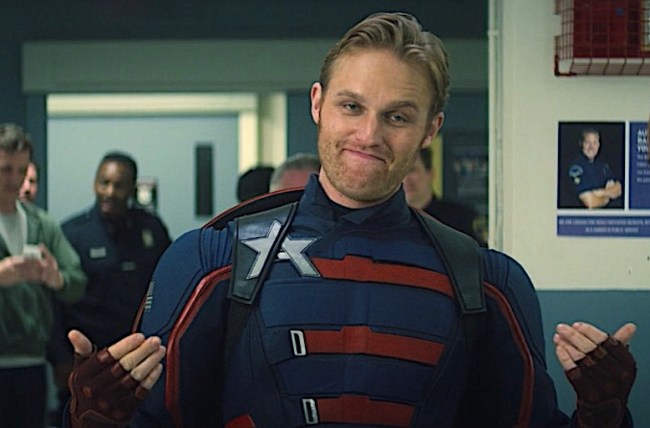 Upon seeing the reveal of Wyatt Russell as the new Captain America at the end of The Falcon and the Winter Soldier premiere, my reaction — as I imagine yours was — was two-fold. First was “Look at this fucking douchebag”, and the second one, “Holy hell, Wyatt Russell without a beard is an extremely cursed image.” 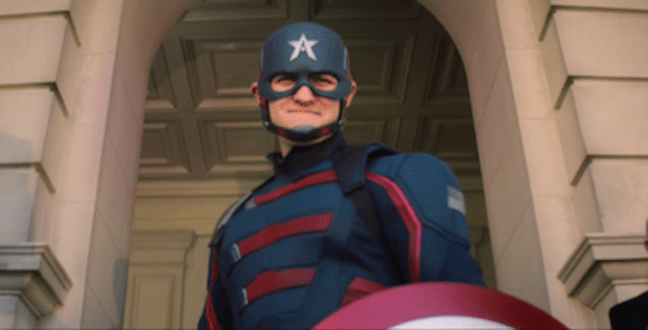 Russell, the 34-year-old actor son of Kurt Russell and Goldie Hawn, has been kicking around Hollywood for a decade now. In fact, you could argue his breakthrough role was that of douchey quarterback Zook Haythe in 22 Jump Street.

In the years since, he’s gone on to star in projects such as Black Mirror, Ingrid Goest West, Goon: Last of the Enforcers, Overlord, and Lodge 49. And when he does pop up, it’s usually with a full beard, so seeing him without one was jarring to the extent that you couldn’t help but wonder if Disney factored it into their costuming decisions when it came to Russell’s John Walker.

Luckily for us, in a brief interview with Collider, Russell discussed exactly what everyone was thinking when they got their first glimpse at his John Walker/Captain America character: where the hell is his beard?

“I always think I assumed that he wouldn’t have a beard, obviously, but the modern day warfare guys, they did have beards, so I thought maybe… There’s a progression of what he looks like in the show a little bit. There was beard talk,” Russell says.

“It was discussed in different ways, different lengths. But much, much, much shorter, and would it be funnier, or not funnier. I love that my beard is like this weird amorphous being on its own.”

Russell was asked if donning the clean-cut look of John Walker helped him to get into the character’s headspace:

Yeah, I guess. Yeah. I mean, I would have been different. If you look at yourself in the mirror, once you get the outfit on, it’s like, yeah. He looks like a guy who’s supposed to be trying to be Steve Rogers in some way. I think the beard is maybe many years down the line for John. But I don’t want to rule it out.