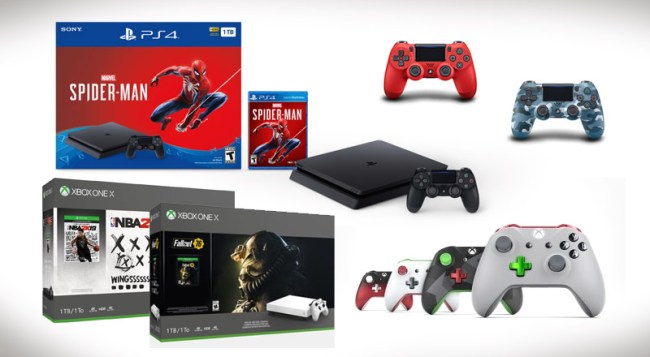 Xbox and PlayStation have already revealed many of their Black Friday Week deals and you’re not going to find a better time all year to shop for gaming gear like consoles, accessories, video games and more. 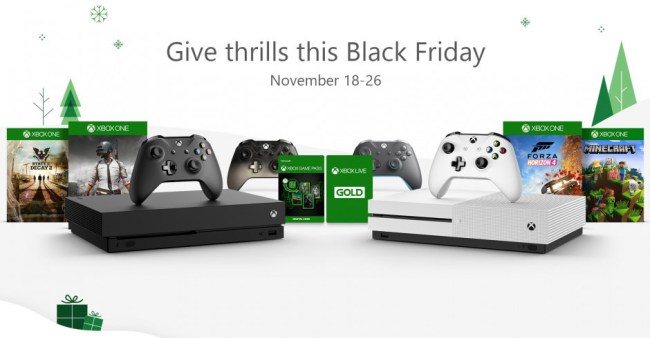 Xbox says this year will be their biggest Black Friday sale ever, including the lowest price ever for Xbox One X at $399.99.

When you buy an Xbox One S, Xbox One X or Xbox Wireless controller at participating retailers you receive a digital token for Gears of War 4 free ($39.99 MSRP value).

New Xbox Wireless Controllers will be at a $10 discount on select controllers including Xbox Design Lab from 11/22 through 11/26. 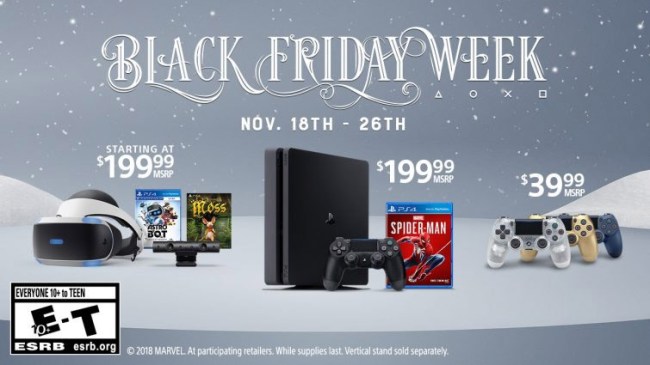 From a new PS4 Bundle to sales on PS VR units and digital content at PS Store, this Black Friday delivers great value across the PlayStation portfolio.

• Select DualShock 4 wireless controllers available for $39.99 at participating retailers. Customize the look of your gaming set-up with a wide variety of colors, ranging from the new Blue Camouflage color to Magma Red, Midnight Blue, Gold and Crystal.

• PlayStation VR systems available for $199.99 at participating retailers. Now is a great time to jump on the VR train with newly-released titles such as Astro Bot Rescue Mission, Firewall, and Creed: Rise to Glory alongside upcoming games like Borderlands 2 VR coming soon.

• PlayStation Plus is offering discounts on their 12-month subscription, while special deals on popular game titles, will be offered at PlayStation Store this November 16-27, 2018. PlayStation Plus subscribers can also take advantage of deals up to 50% on games like Call of Duty: Black Ops 4, FIFA 19, NBA 2K19, and more.