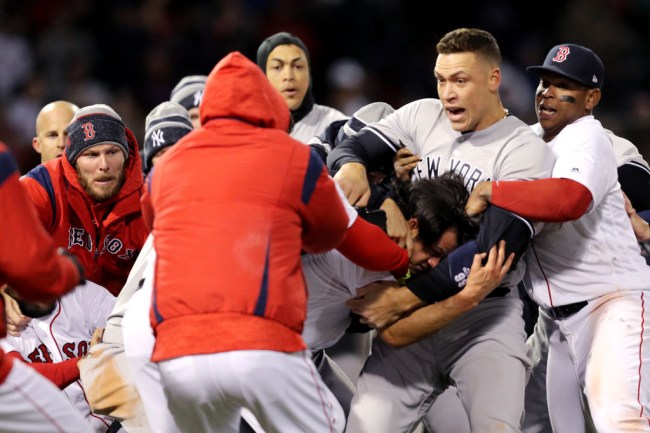 CC Sabathia was the star of last night’s benches-clearing brawl between the New York Yankees and the Boston Red Sox. It was the first great baseball moment of 2018.

Sabathia has been cultivating mass for decades just to shine at this moment. His wildest dreams came true after Tyler Austin charged the mound and the benches emptied out. CC Sabathia was throwing people to the ground as punches were being thrown all around him but this absolute unit of a man could not be contained.

CC Sabathia has been putting on mass for decades just for this moment pic.twitter.com/mWXR4mz3GZ

This clip of last night’s fight starts at the 55-second mark of this video but it does a good job of setting up all the tension that led to last night’s benches clearing: 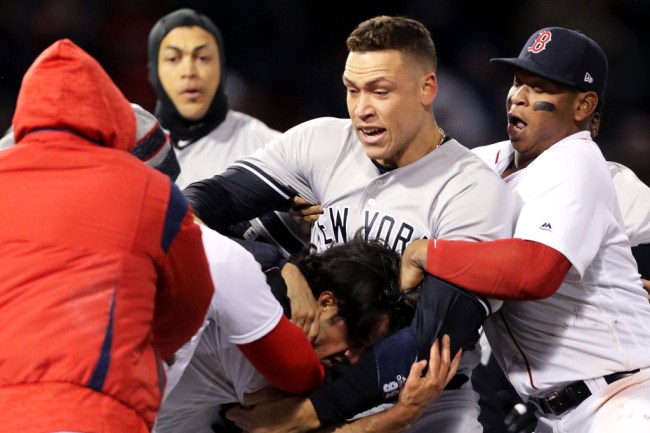 As you can see, it all went down in the 7th inning when Red Sox reliever Joe Kelly threw at Yankees DH Tyler Austin who was fed up. He slammed the bat down, threw off his helmet, and charged the mound only to get side-tackled before he could really connect.

Once both teams get involved it’s always 50/50 dudes trying to abso-fucking-lutely insane (like CC Sabathia was) and other dudes trying to break it up. Baseball fights are funny that way. You’ve got the guys who are on a hot streak at the plate and don’t want to connect a swing on someone’s jaw and break a knuckle and then you’ve got players who are slumping and DGFA about breaking their hand if it means the other team’s pitcher goes down. We see a ton of fights in hockey but nothing like this. God bless this Yankees-Red Sox rivalry.