This Bodyguard Turned Brooklyn Pitmaster Is Living The Dream 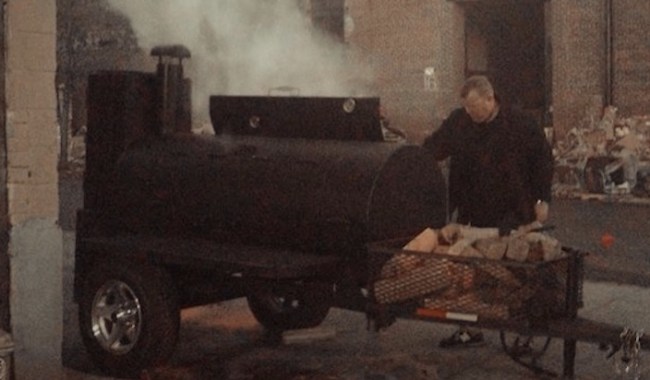 When Hurricane Sandy tore through the Northeast back in 2012 as the deadliest and most destructive hurricane of the season it brought over $70 billion in damage. One of those people affected by the incredibly powerful storm was former bodyguard turned pitmaster, Billy Durney.

In his previous life, Billy was a bodyguard for the wealthy and celebrities. He traveled the world and witnessed some awesome cooking styles along the way. Eventually, he had the epiphany that he needed to quit his job as a bodyguard and open up a barbecue restaurant. His vision was to turn a grimy garage in Red Hook, Brooklyn into a badass local barbecue joint. Unfortunately for Billy’s vision, Hurricane Sandy hit NYC and absolutely demolished his dream restaurant and set him back quite a bit.

In the latest episode of Yeti Presents: Hometown, they’re telling Billy Durney’s story. The story of how he rolled out his smoker and started cooking for friends, family, and people in the neighborhood at a time when people couldn’t feed themselves due to a lack of electricity or clean water:

These days, Billy Durney’s Hometown Bar-B-Que has been named ‘New York’s Best Barbecue’ by Eater and features prominently on every list of ‘best BBQ in NYC’ including a glowing review from Amelia Lester of the New York Times. Bill’s story is an inspiring one, and one that goes to show you that sometimes pushing past the most difficult of obstacles works out for the best in the end.

If you’re not all caught up on Yeti Presents I’d suggest starting with these videos which are also excellent:

This Clip About Sam, An 11-Year-Old Bird Dog, Is a Must-See For Hunters And Dog Lovers Alike