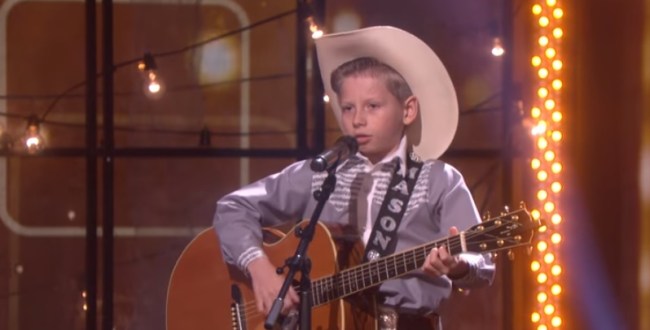 Earlier today it was reported that the Walmart Yodeling Kid Mason Ramsey was set to make his Coachella debut this weekend.

ources close to 11-year-old Mason Ramsey from Golconda, Illinois tell us … he’s set to share the stage with some of music’s hottest acts, starting at 2:45 PM Friday with Whethan, an up-and-coming DJ. Funny story —

We’re told several other artists have reached out — including Post Malone — wanting to feature Mason’s yodeling magic during their Coachella set, but thanks to Ellen DeGeneres … he’s already booked at the Grand Ole Opry for Saturday … which is when the rapper’s scheduled.

Our sources say his team is still trying to make it happen with Post Malone, though … it will just have to wait until weekend #2 of the festival.

Many people didn’t believe the report but it ended being true because the Walmart Yodeling Kid ended up making his debut today at Coachella and he was fucking electric.

THE WALMART YODELING KID REALLY MADE IT TO COACHELLA IM CRYING WE STAN A LEGEND pic.twitter.com/8B66Dd5Asw

Yodeling Walmart kid made it to Coachella 😂👌 pic.twitter.com/qf9PmXR6O2

God the Internet is so fucking awesome some times.