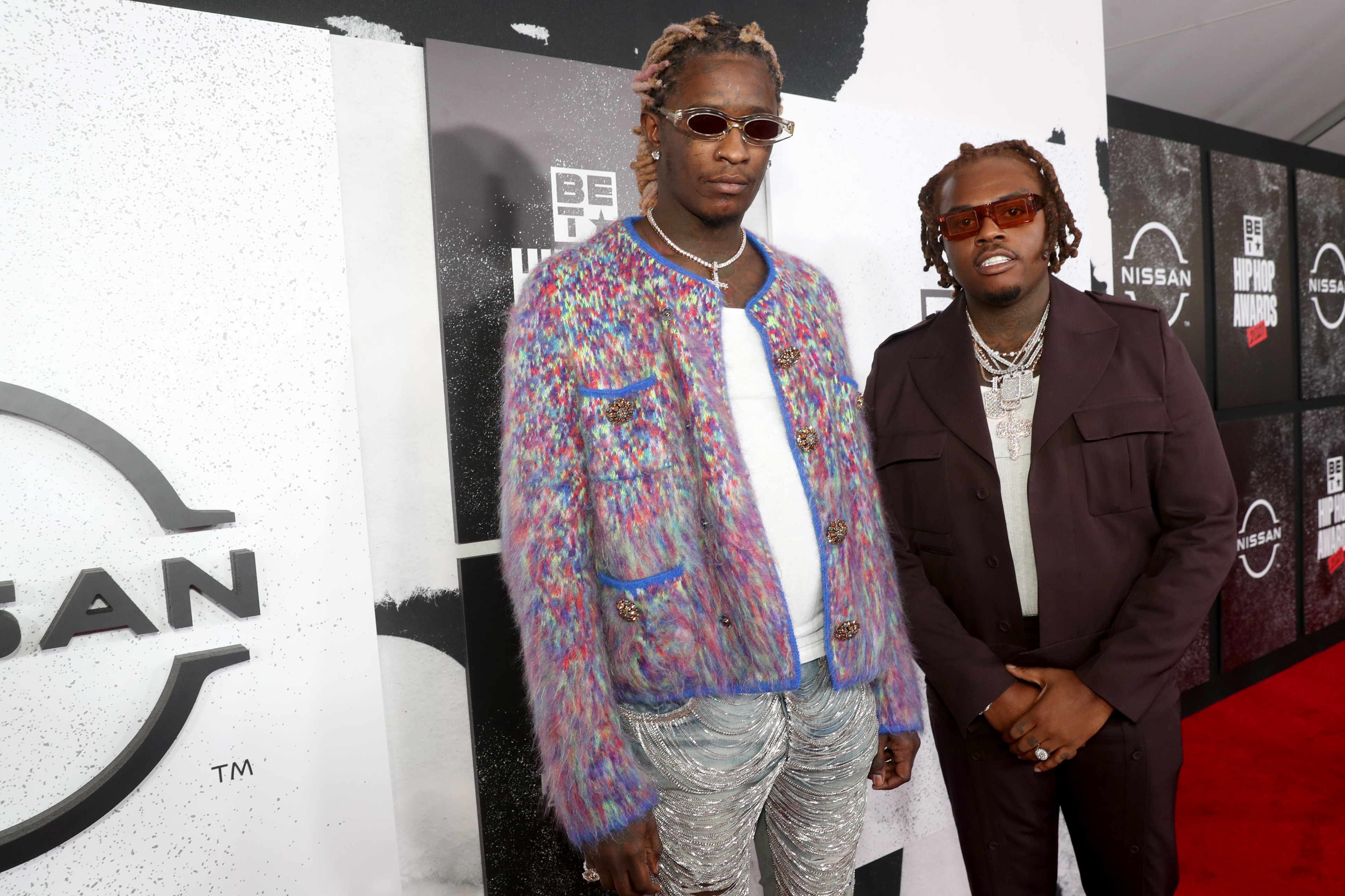 On Monday night, the two rappers were arrested by authorities and charged with narcotics and gang-related charges.

JUST IN: @youngthug booked into @FultonSheriff on charges of Conspiracy to Violate the Racketeer Influenced and Corrupt Organizations Act & Participation in Criminal Street Gang Activity. He will make his first appearance on Tuesday at 1130 am. @wsbtv pic.twitter.com/LRSeus8Lsc

Here is video of Young Thug being arrested.

The most serious crime Young Thug is being accused of is renting a car that was used in a murder.

.@youngthug is accused of renting 2014 Infiniti Q50 sedan from @Hertz , which was used in the commission of the murder of Donovan Thomas, Jr., a rival gang member, on 1-10-15, according to indictment.@wsbtv

Prosecutors claiming that Young Thug had dudes in Fulton County jail tryna Kill YFN Lucci.. these allegations in the indictment are wild.

PROSECUTORS: SERGIO “Gunna” KITCHENS,associate of YSL,
accused of appearing in a video released on social media titled “Fox 5,” wearing a “YSL” pendant and a “Slatt” pendant, with lyrics stating “We got ten-hundred round choppers.”@wsbtv