YouTuber Sits Idle, Doing Nothing On Camera For Two Hours, Gets Over 3 Million Views 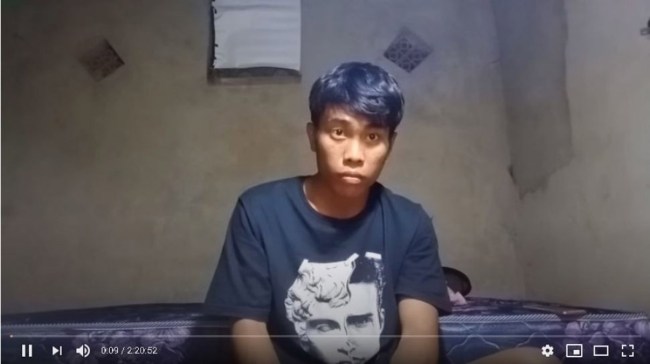 Out of all the strange stories we’ve shared this year, this tale of a YouTuber from Indonesia who sat and stared at the camera, literally doing nothing, for two hours, and ended up getting 3 million views, is definitely one of the top 10 most 2020 stories of the year.

The description of the video reads, as translated from Indonesian by Google translate, “2 HOURS of nothing, that’s the title of the video this time ok maybe I should tell you a little about the reason video can be made, it all started with a lot of pressure from some elements of Indonesian society lately who asked me to create educational and educational content for young people, yes, finally with a little heavy heart and compulsion I made it and BOOM became this video, but if you talk about the benefits or not, everything keeps coming back to you so it’s smart to filter, just order I am entertained and useful.”

Speaking to Tribun News, 21-year-old Muhammad Didit – the man in the video – said (again, translated by Google), “Two hours, honestly, I’m not too worried (urge to pee), I’m afraid if my parents call, then if I don’t answer, I’ll get into trouble.”

Didit’s video about doing nothing has not only now been watched over 3.2 million times, his subscriber list has grown from around 2,000 people to almost 40,000 since he published the video.

“I didn’t expect it at all, because I only intended to make the video for my subscribers,” he said.

Of course, this being 2020, numerous other YouTubers immediately copied him, with some of them lasting up to eight hours.

Actually, if we’re being technical, Didit’s video is 2 hours, 20 minutes and 52 seconds of NOTHING. Good thing he ate and went to the bathroom before sitting down to film himself, huh?

So… if you have a couple of hours to kill (and apparently a lot of people out there do), please enjoy Muhammad Didit’s video of nothing below.