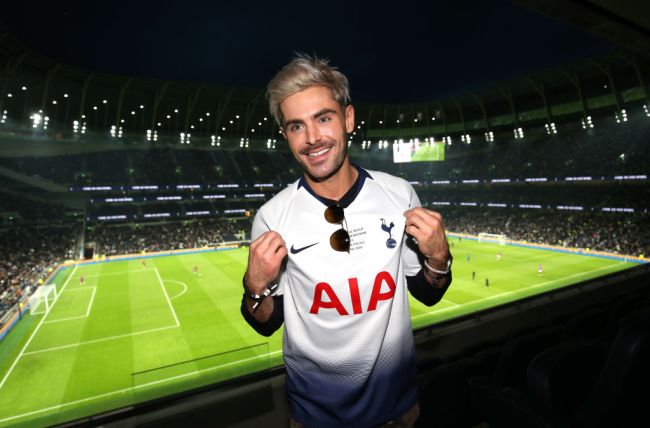 Zac Efron channeled his inner Tom Cruise from Mission: Impossible to “bust” his grandpa out of a nursing home to watch the 2021 UEFA European Championship game between Italy and England soccer match. What sounds like the movie featuring Efron and Robert De Niro, was actually real life, according to the young actor’s Instagram account.

On Sunday, Efron posted an Instagram video captioned: “We’re coming Grandpa!” In the social media post, Efron is seen with his brother Dylann Efron busting his grandfather out of his nursing home so that the two could watch the Euro 2020 final on Sunday.

Absolutely love this!!! Zac breaking his grandpa out so adorable 🥰 #ZacEfron

“I’m gonna bust grandpa out of here,” Zac Efron says at the beginning of the clip uploaded to social media in reference to the championship game.

The viral video reportedly shows Zac removing a woman’s keycard from the back of her chair to gain access to the restricted area since Zac Efron who has a net worth of $25 million, couldn’t compel nursing home agents to release his grandpa.

“Let’s get out of here,” the grandpa says as he guzzles a bottle of Coca-Cola.

The trio escapes to an undisclosed location where they watch the soccer mather where Italy defeated England in a shootout phase of the final.

“And grandpa’s a better actor than I am,” Zac Efron says in the video that looks like a sequel to Dirty Grandpa.

The 33-year-old Hollywood actor had his jawline looking more chiseled according to internet commenters.