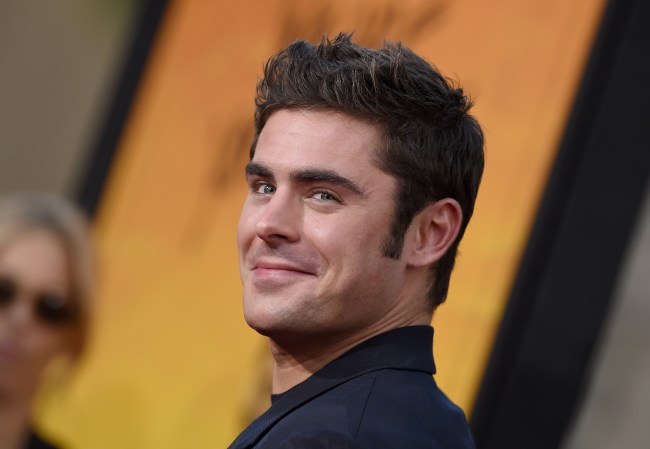 Zac Efron has gone viral because he apparently looks like a completely different person.

On Thursday, the 33-year-old actor took part in Bill Nye‘s Earth Day! The Musical video that aired on Facebook.

Zac made a quick appearance in the musical and fans immediately noticed his jawline is looking much more chiseled these days.

Zac Efron trends on Twitter as users react to viral photo of his new appearance. pic.twitter.com/i9KH5LZx6O

Efron eventually became the top trend on Twitter after people reacted to his new look.

is Zac Efron planning to be casted as Shrek in a live action pic.twitter.com/kcvJcb2nxT

there’s no way this is really zac efron… pic.twitter.com/fo2G4dhz8a

Is it only me that thinks Zac Efron looks like Thanos ? pic.twitter.com/vvgIxXsfcw

in the past 5 minutes I have seen several recent photos of zac efron and his face has been a different shape in every single one of them pic.twitter.com/tVZzc6UYJV

what is going on with Zac Efron? pic.twitter.com/Qa3dN6bKAO

whoever made zac efron feel like he needed to change his face, i hate you pic.twitter.com/8Z8UKZ5coG