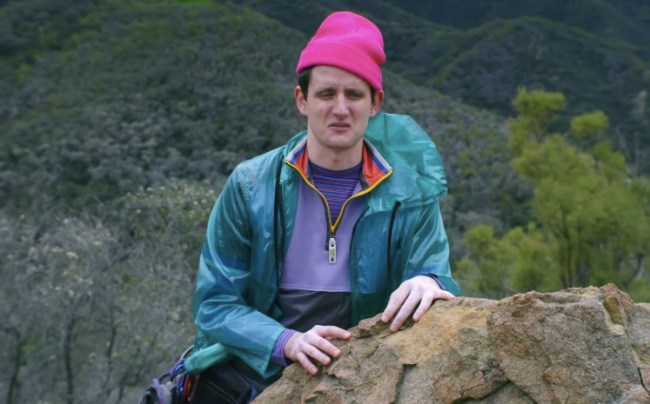 Zach Woods is one of the brightest shining stars on HBO’s Silicon Valley. He co-stars as Donald ‘Jared’ Dunn, Richard’s right-hand man at Pied Piper. The character is meant to be one of the most awkward people on television and in that pursuit, Zach Woods absolutely nails it.

When you think about Zach Woods you don’t exactly conjure up images of a woodsman and survivalist who can be dropped off in the backcountry like Bear Grylls and survive with only the supplies on his back, and that’s exactly the point of this video. GQ got Zach Woods out in the actual woods to give some hilariously shitty survival tips. Spoiler alert: his advice should not be followed. It is NEVER advisable to drink stagnant pond water because as Zach mentions you can pick up Giardia. My Bernese Mountain Dog puppy had Giardia when we picked her up 7 years ago and after repeated green apple splatters all over the house I can tell you from firsthand experience that Giardia is not some shit you want to mess around with:

Zach’s initial advice is actually pretty good. If you head out into the wilderness dressed like a complete and utter asshole then all other campers are going to try their hardest to stay far as hell away from you. If you’re looking to get away for the weekend you might want to consider this.