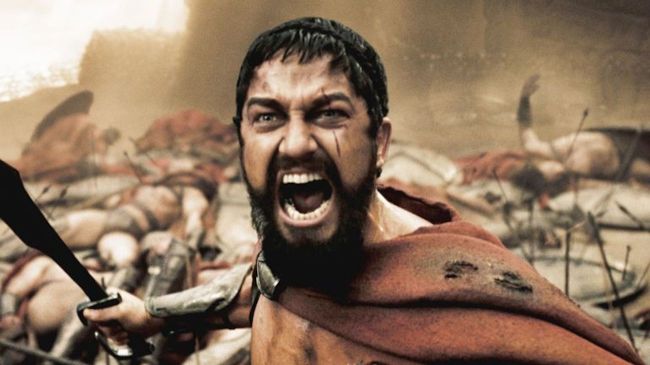 In case you missed it, BroBible’s Post-Credit Podcast sat down with the one and only Zack Snyder last week to chat all things Army of the Dead, what Man of Steel 2 would’ve been, the psychology of Batman, and more. One thing we did not ask him about, however, was 300.

The reason for our lack of 300 is actually quite simple: I’m a giant comic book nerd, particularly when it comes to DC, and wanted to ask Superman and Batman questions. Not only that, but I’m also a massive fan of Man of Steel, so I was more curious where that franchise would’ve headed had Warner Bros. not hit the panic button and fucked the whole DCEU up. Plus, I knew someone *else* would ask about 300, which is exactly what ended up happening.

In an interview with The Playlist, Snyder revealed that not only did he write the “final chapter” of 300 during quarantine, but he also pitched it to Warner Bros., who ultimately passed on the project.

Speaking with The Playlist’s The Fourth Wall podcast, Snyder revealed that he spent time last year trying to wrap his head around what a third and final entry in the 300 franchise, but simply wasn’t able to come up with something that he and the studio could agree upon:

“I just couldn’t really get my teeth into it. Over the pandemic, I had a deal with Warner Brothers and I wrote what was essentially going to be the final chapter in ‘300,’” said Snyder. “But when I sat down to write it I actually wrote a different movie. I was writing this thing about Alexander the Great, and it just turned into a movie about the relationship between Hephaestion and Alexander. It turned out to be a love story. So it really didn’t fit in as the third movie.”

He added, “But there was that concept, and it came out really great. It’s called ‘Blood and Ashes,’ and it’s a beautiful love story, really, with warfare. I would love to do it, [WB] said no… you know, they’re not huge fans of mine. It is what it is.” [via The Playlist]

Perhaps it’s better off that the 300 franchise end after two films, as the sequel 300: Rise of an Empire — which was not directed by Snyder — was nowhere near the quality of the excellent original.

Make sure to check out all of our content from last week’s Zack Snyder interview, which is available in written and podcast form.

Zack Snyder tells @PostCredPod about the villains he would've brought to his 'Man of Steel' franchise and how the challenges they posed to #Superman intrigued him 🎙️🍿 pic.twitter.com/aVrCS7Rc9z