A Zebra — Yes, A Zebra — Was Running Loose In Nashville And Had To Be Tased After Escaping An Auction House 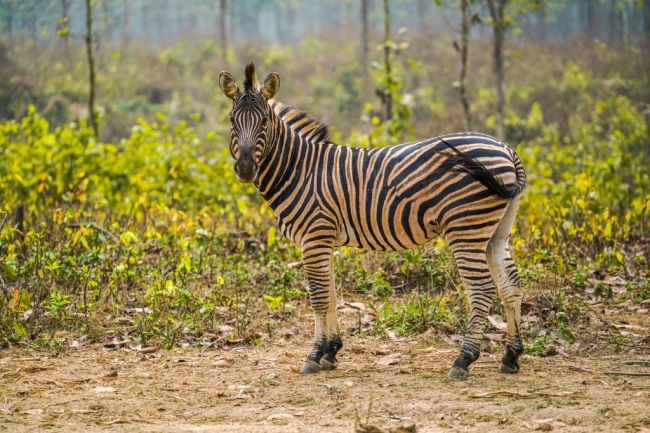 Tennessee can be a pretty wild place. Take this escaped zebra just outside of Nashville, for example. According to reports, the zebra got loose from a local livestock auction in Cookeville, Tenn. (about 80 miles from the city) on early Friday morning and came to an end after a several-hour chase after the sun came up.

WILD MORNING 🦓👀 It's not everyday you see a zebra on your way to school – but folks in Cookeville did this morning (Yes, it's real). https://t.co/tP6QUIdn4A

Police said that the zebra got loose around 4:00 a.m. and was running free in the area until it was captured around 7:15 a.m. Officers, along with Putnam County deputies, helped Triple W. Livestock Auction employees capture the animal after it ran onto a fairly high-traffic highway.

At one point, police said that two officers made “unsuccessful attempts to deploy issued TASER devices to redirect or capture the animal.” Thankfully, it was not hurt at any point during its taste of freedom.

“…the lack of traffic at that time of day allowed officers to attempt multiple methods of regaining control of the animal in an effort to minimize injury to the zebra, the motoring public, and everyone on scene,” the Cookeville Police Department said in a press release.

However, it didn’t fail to capture the attention of quite a few onlookers in the area. A nearby elementary school even released a statement, you know, just in case their students and parents saw a ZEBRA RUNNING AROUND on the way to drop off.

The owner of Triple W wants to be very clear. The zebra did not escape from their custody. It had been sold in an auction and escaped from the trailer of someone parked at the facility. Triple W holds an exotic animal sale four times a year and attracts customers from 25 different states— ranging from bison to monkeys, peacocks and foxes.