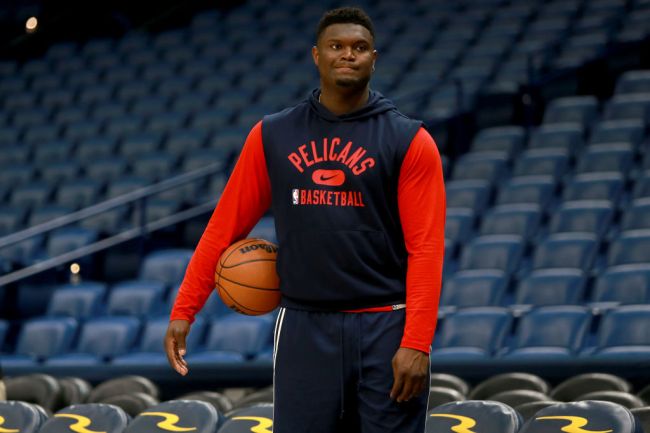 During the All-Star break, CJ McCollum revealed that Zion Williamson hadn’t contacted him yet after he was traded to the Pelicans at the trade deadline.

McCollum tells TNT broadcast crew, “I know about as much as you do right now. But I’m going to get to the bottom of it.” pic.twitter.com/KXfBBn5tym

On Tuesday’s edition of ESPN’s ‘First Take’ Redick blasted Zion for not reaching out to McCollum and described him as a “detached teammate.”

.@jj_redick is concerned with how "detached" Zion Williamson has been from the team.

"This is a pattern of behavior that we are seeing again and again with Zion." pic.twitter.com/EmE6BeBvjv

“This just shows a complete lack of investment in your team, in the organization, in the city… I get that he’s hurt away from the team, but the Pelicans just traded for one of the top 50 players in the league, a guy that’s supposed to be paired with you…reach out and say hello. This is a pattern of behaviour we’re seeing with Zion that we’re seeing again and again, look, I was his teammate, I can describe him as a detached teammate, that is an accurate statement. This is just basic code of being a teammate, send a text to a guy when he gets traded to your team.”