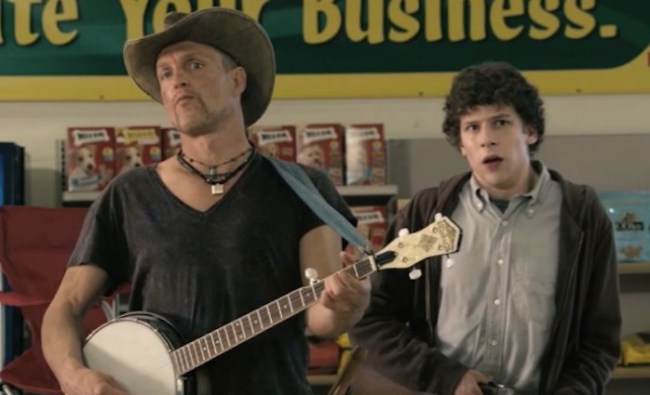 Zombieland came out in 2009 which seems like a lifetime ago partially because it was a year before The Walking Dead hit AMC and changed the zombie genre indefinitely. Some people call Zombieland a cult classic, others think of it as a comedy. I just think that it was a crime the film had a runtime of only 88 minutes because it was awesome and shouldn’t gone on for two hours.

Rumors of a Zombieland sequel have been swirling for two years since Zombieland 2 was announced but there haven’t been any details *until now* about that sequel. We have screenwriting duo Rhett Reese and Paul Wernick to thank for 2016’s Deadpool, this weekend’s Deadpool 2, and 2009’s Zombieland. Speaking with Vulture, Paul Wernick dropped some details about Zombieland 2 including casting and release date:

“We’re going on the tenth anniversary of Zombieland,” Wernick tells Vulture. “Zombieland came out October of 2009. We don’t know what you get someone for their tenth anniversary, but it may be a Zombieland 2.” Though he hedged with that “may be,” it seems like it’s not so far from a “will be.” “The hope is that we’re shooting that thing early 2019 for an October of ’19 release,” Wernick added — then tossed in even more good news for devotees: “With the original cast, by the way.” (via)

Woody’s coming back. Emma Stone will be back. Jesse Eisenberg’s on board. I sincerely doubt Bill Murray will be back as an actor but I’d suspect that we’ll see some sort of homage to him at some point in Zombieland 2.

The film earned $102.4 million at the box office with a budget of only $23.6 million. It should’ve been fast-tracked for a sequel and we should be on the third or fourth installment of this film franchise by now. In any case, I’m adding this to my list of films to be excited for in 2019.

Such a great scene: