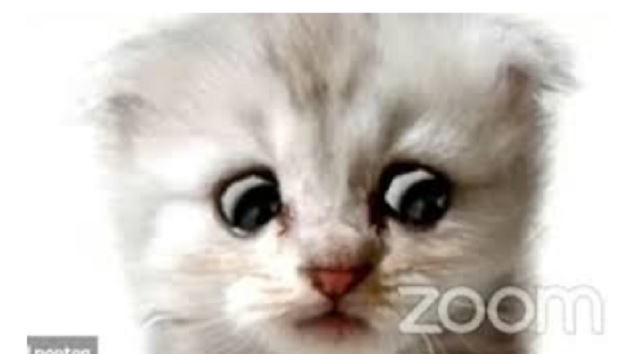 Whenever someone gets instantly famous on social media it’s only a matter of time until they get canceled or “milkshake ducked” as they say on the Internet.

On Tuesday morning a video of a Texas lawyer who mistakenly turned on a cat filter during a Zoom court proceeding and was forced to continue with the call while appearing as a small kitten went viral on Twitter.

“I can see that,” responds judge pic.twitter.com/HclKlAUwbM

The “Zoom Cat Lawyer” is West Texas lawyer Rod Ponton, who was at the center of controversy back in 2014. According to Business Insider journalist Anthony Fisher, Ponton was accused of abusing his power as a local prosecutor to harass a former lover by targeting her business after she stopped returning his phone calls.

I reported on him in 2014, when he was a local prosecutor used the power of his office — and roped in federal law enforcement — to harass a former lover. https://t.co/fIuK4hbHfJ

I had read about a violent, militarized raid on a small Texas college town's head shop.

I spent months reporting out this story as a written feature and a video doc — every stone overturned was creepier than the last.

I went down to Texas, where Ponton said he would give me an interview, before reneging. But it was a small town and everyone knew what happened.

TL;dr: Ponton was briefly sexually involved with the woman who ran the head shop. (He denies this.)

During his time as DA, local and federal cops repeatedly tried to bust her for selling illegal synthetic marijuana (they never found any).

It’s pretty incredible how “Zoom Cat Lawyer” has gone from universally beloved to canceled in record time but that’s how things go on the Internet.