The 25 Greatest College Party Movies Ever 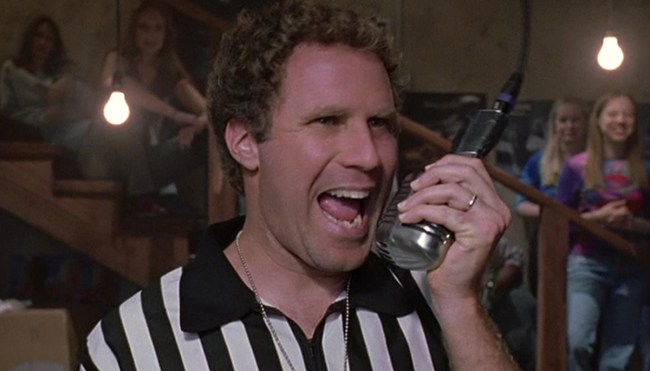 Nothing comes close to the first college party of the new semester. The campus is full of young new students just begging for a good time while the old veterans have been preparing for this day since May.

But don’t be disappointed if you attend a back-to-school party and it fails to meet your high standards. Some of the most epic college parties of all time didn’t even occur in real life. They happened at the cinema.

From Animal House to Old School, college parties are depicted on the big screen as disgusting, booze-filled, panty-dropping, park your car on the lawn epic events. And we have found the 25 best college party movies for your enjoyment.

Not every movie will have Academy Award-winning performances; this movie is one of them. The Party Animal is about a man struggling to have sex for the first time. It is a bit of the 40-Year-Old Virgin style mixed with some classic ’80s banter.

Rodney Dangerfield and Robert Downey Jr starred in this film about going back to college but we still think Sam Kinison stole the show with about two total minutes of air time.

23. Revenge of the Nerds

Being a nerd wasn’t cool until Revenge of the Nerds made it so. Not only was it OK to be a nerd, but it was also now cool to be one. Nerds went from the bottom of the totem pole to the top, overnight.

Glee club isn’t cool. Singing with smoking hot chicks like Anna Kendrick, Brittany Snow, Anna Camp, and Alexis Knapp is still not cool but at least you wouldn’t care if you were hanging out with those ladies. Where else can you get drunk and sing acapella with a group of grown-ass men?

Everyone knows Mark Zuckerberg has billions of dollars. What they don’t know, before this movie, was that he had to endure a life of being treated like a nerd before he made it to the top (and by “top” we mean “partying with Justin Timberlake in California”).

The American Pie crew went to college and then rented a beach house during their first summer back home from school. What more could you ask for?

There aren’t too many movies about college football that depicts what life is truly like behind the scenes like The Program did back in 1993. We aren’t saying this movie was an exact replica of college life for athletes that play football but we aren’t saying it isn’t either. Make sense?

There aren’t too many things men won’t pretend to be to land a girl. We would dress up as a dinosaur in a tutu if it meant getting the girl. In fact, there was once a time I…well, you don’t need to hear about that story.

Being 21 years old is great. It is the first time you can legally purchase alcohol. It is also the first time you can enter a strip club and a casino. There isn’t too many things you can’t do anymore so why not spend the night letting loose? This movie reminds us that being an adult can suck but not before you have one big blowout.

John Goodman plays a pretty convincing gay bartender. We are so in it isn’t even funny.

So maybe the party scene shouldn’t be considered fun—and maybe a movie about people dying doesn’t really make us feel like partying—but in the end, college is college.

13. Confessions of a Sorority Girl

Jamie Luner, remember her? Alyssa Milano, we know you remember her. Put these two ladies in the same Showtime movie and you end up with a mediocre tale that is forgettable at times but gives us enough of the two of them for a lifetime.

Method Man and Redman go to Harvard? This sounds like the beginning of a great joke. Regardless of the terrible plot behind the story of this movie, it ended up being a stoner classic.

Before Road Trip, all I knew was life in my hometown. I wasn’t ready for the real world and the French Toast that gets served on the open road. Needless to say, Run DMC remains one of my favorite groups especially after this movie.

If S.H.I.T. (a.k.a. the South Harmon Institute of Technology) truly existed, there would be more applications from our building than San Diego has beachfront property.

Before Jeremy Piven became famous for representing Hollywood’s finest, he was out making movies about real college life—including PCU.

Zach Morris plays a college stoner trying to find the easy way to success by cheating his way to straight A’s. He figures out that all he needs is a roommate to commit suicide and that wish will be granted. You can imagine our shock when his plan doesn’t quite meet expectations.

Every man should make a deal with himself that before he turns 21, he must embark on an epic adventure to Europe or across the country—but if you can’t swing that, watching Eurotrip is a solid backup plan.

5. The Rules of Attraction

Not only is this an unbelievably awesome college party movie, it is also a great all-around movie.

Outside of the at-times cheesy dialogue and teenage antics of four college babes, this movie is great.

The intro is an all-timer—a montage of what every person imagines the spring break looks like set to a blaring Skrillex track—and while the tone it sets is slowly but surely subverted as things slowly spiral out of control, you’re not going to want to get off the increasingly wild ride.

Snoop Dogg, Elisha Cuthbert, hundreds of college kids, Frank the Tank, and even Grey’s Anatomy. What else do you need to hear to understand that this is the second greatest college party film of all time?

I do not think there will ever be a college movie that will be able to dethrone the champ, Animal House. This movie redefined college for most of us growing up and it inspired more careers than IBM.

We only have one word for you:“Toga!”