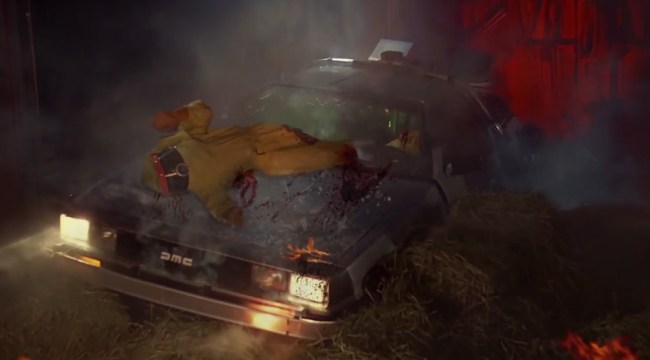 A couple weeks ago we brought you some video produced by YouTuber BitMassive in which realistic blood was added to scenes from Home Alone.

It was quite a shock to see what kind of “real” damage that little psycho Kevin McAllister actually did to “The Wet Bandits” when blood was involved. It certainly made it into a whole different type of Christmas movie.

Now, they’ve turned their attention to another film that on the surface doesn’t seem so violent…until, you know, you add realistic blood to it: Back To The Future.

You know how Doctor Emmett Brown gets gunned down by those terrorists? Yeah, that scene looks a whole lot different when you actually get to see the bullet holes in his body.

BONUS VIDEO: Here’s the fifth installment of Home Alone With Blood that we hadn’t shared with you yet.

Check out the first four here and here.