Carmelo Anthony Is So Desperate To Win Back La La, He’s Liking Her Sexy Instagram Pictures 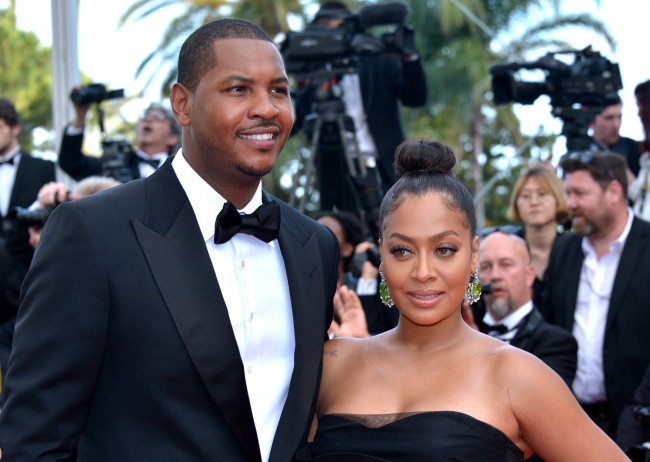 After allegedly cheating on his wife La La by knocking up a stripper, Carmelo Anthony is doing everything in his power to win back his wife of seven years and the mother to his 10-year-old son.

Although they “have been fighting for more than a year” and sources claim that cheating is something that’s plagued the couple’s marriage, Melo is dead set on salvaging his relationship with La La. It may be a steep mountain to climb considering a source close to the situation said there is “virtually zero chance of reconciliation.”

“Sources close to the couple tell us … Melo’s been sending his estranged wife texts telling her he’s still in love and doesn’t want her to leave him. We’re told he’s apologized over and over, and is begging for another chance by asking her on dates or to go on vacation together.

Carmelo’s also been doing something he never used to do — liking her posts on social media. We’re told he insists La La’s the only woman for him and has no plans to be with anyone else … specifically not his alleged new baby mama.

Our sources say the 2 are still on friendly terms right now for their son – so the relationship isn’t toast yet — but the pregnancy claim and his yet-to-be-determined NBA future are a lot of drama to handle.”

La La has obviously got Melo in fits right now, going out in public without her wedding ring and posting absolutely fire Instagram photos to twist the knife. This is one of the photos that Carmelo liked.

You done messed up, Melo. It may be time to grow up.

Yo Melo, eyes over here.