Coachella’s 2017 Lineup Released And It Is STACKED! Radiohead, Beyonce And Kendrick Lamar To Headline 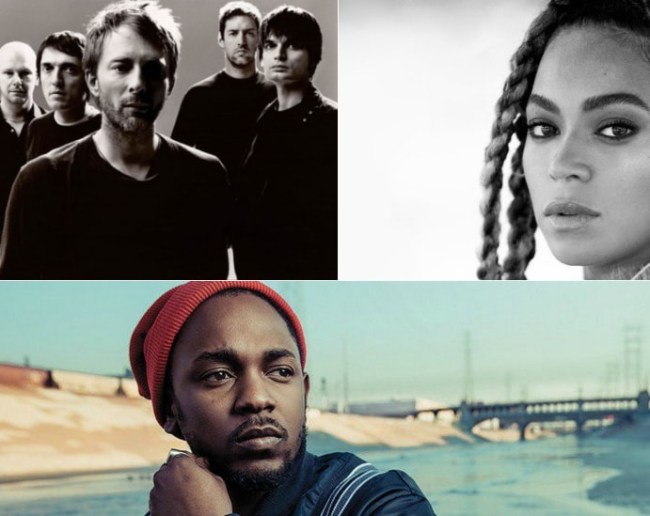 This marks Radiohead’s third time headlining Coachella (2004 and 2012). Beyonce has made two surprise appearances (2010 and 2014). Kendrick appeared at Coachella twice in 2012 when he performed with Ice Cube and during Dr Dre and Snoop Dogg’s headline set.

The festival will run for two weekends at Empire Polo Field in Indio, California from April 14-16 and April 21-23. 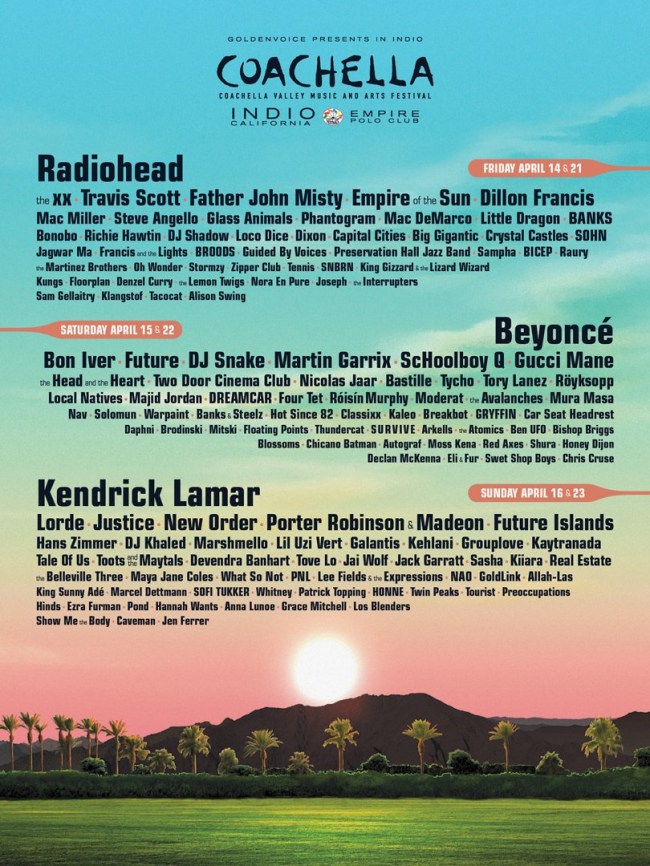