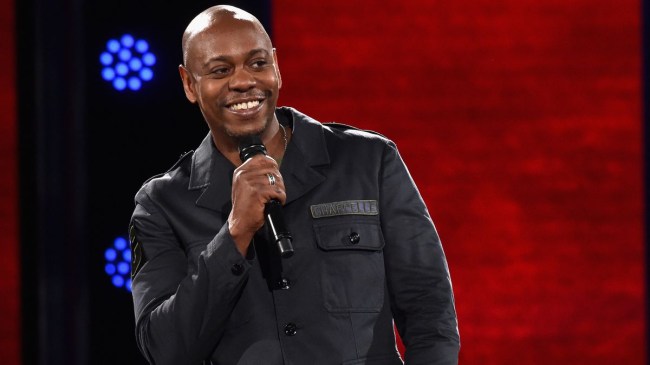 Dave Chappelle’s two new comedy specials hit Netflix this week and they are getting outstanding reviews (unlike other comedians with Netflix specials out now). The double comedy specials include “Dave Chappelle: The Age of Spin,” which was filmed at Los Angeles Palladium in March 2016, and “Dave Chappelle: Deep in the Heart of Texas” was filmed at Austin City Limits Live at the Moody Theater in Austin in April 2015. The specials, which are his first since 2004, feature a fantastic story of Chappelle’s son wanting to meet his comic idol, Kevin Hart.

During his special, Chappelle told a story of his 12-year-old son desperately wanting to go and see Hart perform standup. Being a legendary comedian himself, this crushed Chappelle, but he was a great dad and took him to see Hart anyway. The story is hilarious with a fantastic moment by Hart at the end.

When Hart was asked on Twitter what he thought of the skit he responded with this.

Hart was also asked who his favorite comedians are and Chappelle is one of them.

It looks like Dave has always had a hard time earning his son’s approval from other successful comedians.