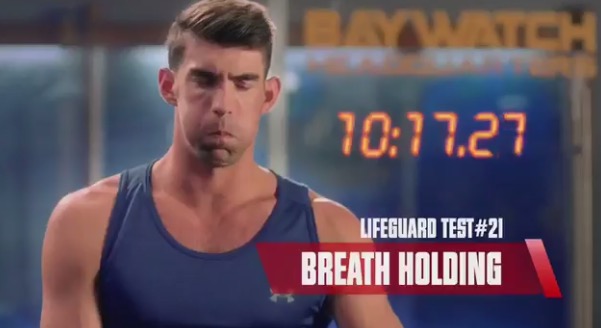 In a new 30 second commercial for the Baywatch movie, Dwayne Johnson doesn’t care Michael Phelps is the owner of like 4,000 Olympic gold medals. He still wants him to go through his rigorous tests before he officially allows Phelps to join the Baywatch team.

I had to put the GOAT @MichaelPhelps thru his TOUGHEST TEST EVER. He passed.
Congrats brotha. Welcome to the squad. #BAYWATCH MAY 25th🔥 pic.twitter.com/ElqwbP7415

Baywatch will be in theaters on May 25, 2017 and we’re just guessing here, but it will probably open up at #1.