Private Emma Watson Photos Stolen And Leaked Online, Including ‘Nudes’ Which Her Reps Deny Is Her 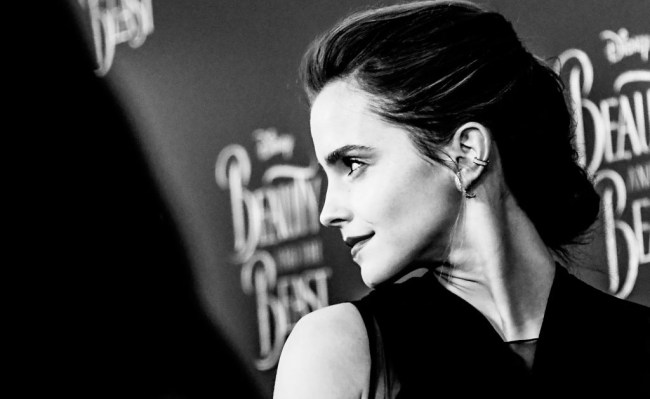 Emma Watson, as well as Amanda Seyfried, appear to be the latest celebrities to have been hacked with personal photos being leaked on to the internet.

Watson’s representatives have, in fact, confirmed that private photos of the Beauty and the Beast star were stolen and have appeared online.

A spokesperson for Emma Watson commented: “Photos from a clothes fitting Emma had with a stylist a couple of years ago have been stolen. They are not nude photographs.

“Lawyers have been instructed and we are not commenting further.”

Many on Twitter and on Reddit have said there are pictures of the actress on the ‘dark web’ – an encrypted network that allows users to exchange often illegal information and services without identifying themselves.

Others have said the photographs are on 4Chan, a message board in which the anonymous posts delete themselves shortly after being submitted.

wow they were real,@AmandaSeyfried nudes are a new leak,22 pics out so far, @EmmaWatson leaked as well,122 pictures so far #thefappening2017

One Reddit user wrote, “There may be a few more names added to that list but these are the big two. Don’t want to break any Reddit rules so no links right now but there should be some really good drama over the next few days.”

I have seen these photos and while many are trying really hard to convince people that the nudes are Emma Watson, I have my doubts. The other photos of Watson in various outfits including bathing suits, are almost certainly her, as her reps have already confirmed. The Amanda Seyfried photos also appear to be legit, but who really knows at this point?

Either way, much like with Mischa Barton’s sex tape, let’s hope whoever did this gets caught and received some appropriate justice.

UPDATE: Even more celebrities have reportedly been hacked and had private and/or nude photos leaked.

UPDATE #2: Yet more celebrities have reportedly been hacked.