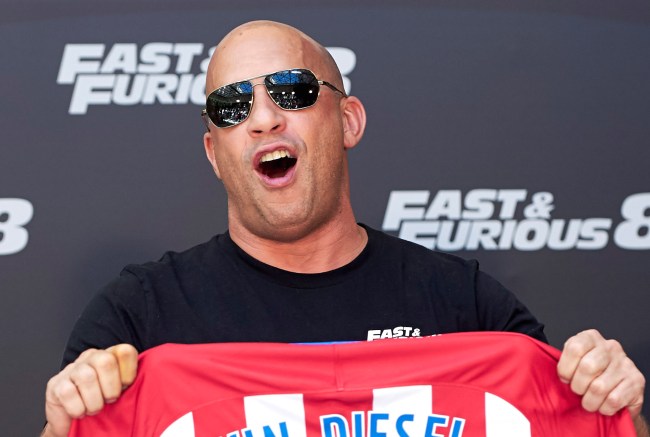 The Fate of the Furious has already blown global box office records out of the ice (see what I did there?) after it’s first weekend, raking in an estimated $532.5 million worldwide, according to Variety.

The long-running series, now in its eighth installment, got a big boost from foreign crowds. The action thriller earned $432.3 million internationally after bowing in 63 foreign markets. That helped offset declining domestic results. “The Fate of the Furious” opened to $100.2 million in North America, a sharp drop from “Furious 7’s” $147.2 million kick-off.

And it’s a damn good thing it did so well already considering the movie cost $250 million to make. Yes, you read that right. $250 million.

Then again, when you add all eight movies in the franchise together the total adds up to $4.4 billion in worldwide earnings so I guess they could afford it.

However, had the studio gotten its way, who knows if there would have even been a second movie, let alone eight and counting.

That’s because Vin Diesel wasn’t their first choice to play the now iconic role of Dominic Toretto. It was this guy…

Speaking on The Bill Simmons Podcast, producer Neil H. Moritz, who has been with the franchise since its beginning, explained how it all went down…

“I had been working with Paul Walker on another movie, Skulls, and I gave him the script [for The Fast and the Furious],” Moritz said. “Rob Cohen, who I had made The Rat Pack with, we gave him the script. The two of them liked the idea. And then we had to look for Dom Toretto.”

“The studio said, ‘If you can get Timothy Olyphant to play that role we will greenlight the movie… The luckiest thing that ever happened to us is Tim Olyphant turned us down. He’s a great actor. In fact, I’m curious to see what that movie would have been.”

“I went and met him at Kate Mantilini [restaurant] and he wasn’t a star yet, but the great thing about Vin is he always believed he was a star.”

“And I was going in there to think he’s coming to me to want the role and I’m the one there now having to convince him to do the role! Lucky for both of us that happened.”

If nothing else, the “family” most certainly would have looked very, very different.