The First Poster For The Indian Remake Of ‘Rambo’ Looks Legit

The first chapter of Rambo came out 35 years ago with First Blood and we haven’t had a new Rambo film since 2008, but India is about to change all that. There is going to be an Indian remake of the iconic Rambo film featuring everyone’s favorite Vietnam veteran John Rambo.

Here is the synopsis of the upcoming Rambo:

The action film will follow the last surviving member of an elite covert unit of the Indian Armed forces who returns home to discover a war waging in his own land. Forced into the dangerous jungles and frozen mountains of the Himalayas, he unleashes mayhem and destruction, becoming the unstoppable machine he was trained to be.

Screen Rant details how the movie came to India and who will attempt to step into Sylvester Stallone’s shoes:

In a surprising turn of events, Original Entertainment closed a five-picture deal with Millennium Films in 2013 for Bollywood remakes of Rambo, The Expendables, 16 Blocks, 88 Minutes, and Brooklyn’s Finest. As announced at the Cannes Film Festival, Siddharth Anand is directing and teaming up with Indian actor and martial arts expert Tiger Shroff in the title role, with the project scheduled to begin shooting in February 2018.

Here is the poster with Tiger Shroff, who appears to be born for this role. 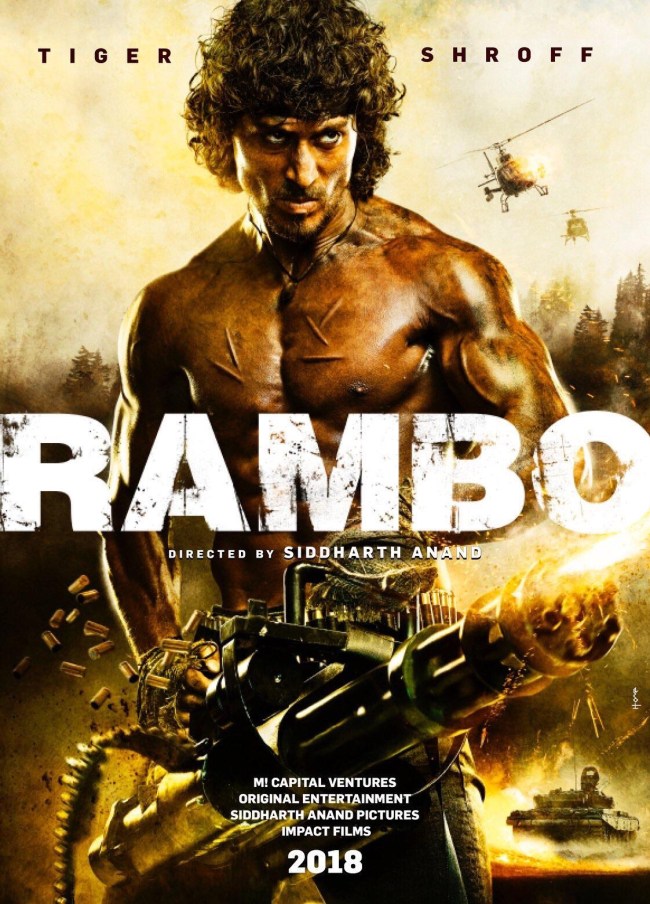 I just can’t wait to see the Bollywood dance number at the end of the movie.