Florida Man Gets ‘Ryan Reynolds’ Tattoo On His Butt

Think you you’re a big Deadpool fan? You’ve got nothing on this diehard maniac. A teenage Deadpool fan named Dustin got Ryan Reynolds’ name tattooed on his butt for a very valid reason. Because of Twitter.

On March 5, the 18-year-old tweeted at Reynolds: “@VancityReynolds if you like this i’ll tattoo your name on my butt.”

Of course the Deadpool actor liked the tweet to ruin this gentleman’s bum for the rest of his life.

Dustin is a man of his word and got the “RYAN REYNOLDS” tattoo on his derriere. He even got the tattoo in black and red to honor Deadpool. 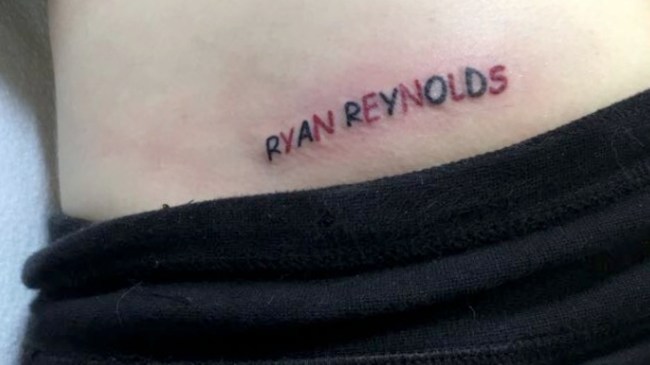 Dustin has no shame as he got his ink in bold Comic Sans.

@VancityReynolds your wish is my command pic.twitter.com/EluTrtoRYi