We are truly living in the greatest era of human technology and innovation. We’re going to Mars soon. Every day there’s a new breakthrough on treating diseases that have plagued mankind forever. For the low price of an HBO Subscription you can watch pretty much every single Fast And Furious movie anywhere on any device — Tablet, phone, or TV. It’s truly an amazing time to be alive.

Which why I’m obsessed with this deli meat creation in the shape of Vin Diseal’s head. It was cut using a laser-precision on ham and cheese. It’s the silliest thing you’ll see today, but that’s what makes it so great. 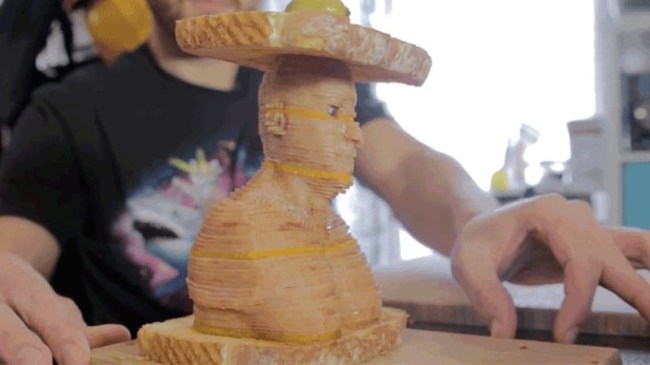